Please ensure Javascript is enabled for purposes of website accessibility
Log In Help Join The Motley Fool
Free Article Join Over 1 Million Premium Members And Get More In-Depth Stock Guidance and Research
By Parkev Tatevosian – May 30, 2020 at 7:00AM

Bankrolling your retirement usually entails many years of disciplined saving and investing. It may be difficult to stay the course during challenging times like these. That's why it's important to build around companies that have what it takes to stand the test of time. Walt Disney (DIS -3.20%) and Alphabet (GOOG -1.98%) (GOOGL -1.82%) pass that test.

Positive news regarding a vaccine for the coronavirus has people feeling cautiously optimistic that there will be a return to normalcy sometime early in 2021. Disney is relying on a vaccine for the coronavirus to get back to full-fledged operations because so many of its businesses rely on large crowds. Alphabet will benefit when advertisers hurt by the outbreak ramp up spending again. 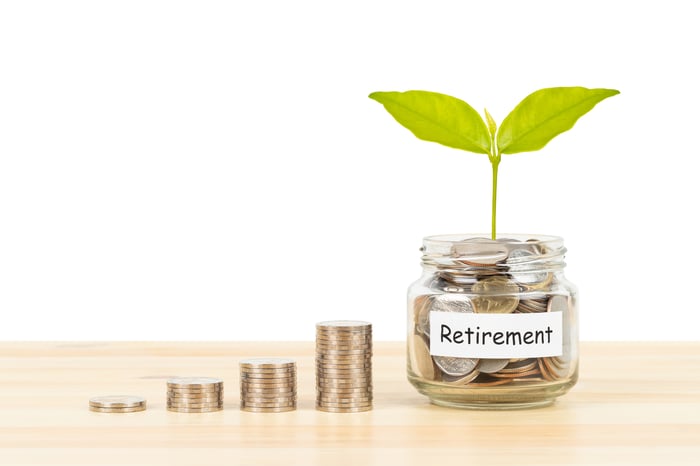 Disney is starting to reopen parks

The coronavirus outbreak is causing disruptions in some of Disney's most lucrative operations. Its theme parks have had to close, its box-office releases have been held up as movie theaters closed, and ESPN's viewership fell as the major sports leagues went on hiatus. The one bright spot for the company has been the response to the release of Disney+.

But Disney's parks will eventually resume generating billions in operating income. Just look at Shanghai Disneyland, which reopened May 11 -- tickets were sold out in minutes, which helped alleviate some concerns that people would be fearful of returning to crowded venues before a vaccine for COVID-19 is developed.

Meanwhile, as people are staying at home more often, the demand for in-home entertainment is soaring. Enter Disney+ with its popular content library and affordable pricing at $6.99 per month in the U.S. The timing could not have been better for the service, which, as of its most recent update on May 4, had 54.5 million subscribers. Although the streaming service is not yet profitable, it offers a path for the company to capture customers who are cutting the cord.

Cord-cutting is causing Disney's media segment, which includes ESPN, to suffer subscriber losses. The painful part for investors is that the change in consumer behavior is likely to persist. However, it can work to retain these customers by converting them into subscribers for Disney+, ESPN+, or Hulu. 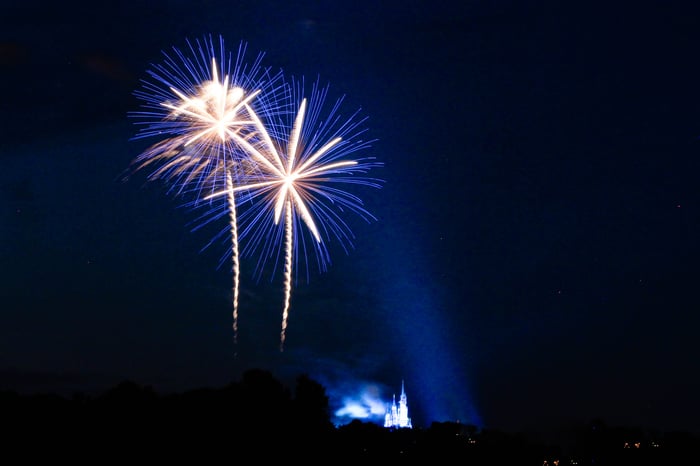 Alphabet proves to be resilient through the coronavirus pandemic

Alphabet was not immune to the havoc caused by the coronavirus pandemic. However, its business is holding up better than most. Revenue in its most recent quarter was up 13% year over year. That's not to say the company didn't face challenging circumstances. CFO Ruth Porat said, "Performance was strong during the first two months of the quarter, then in March we experienced a significant slowdown in ad revenues."

But Alphabet's resilience over the years has allowed it to amass a large cash balance: $117 billion in cash and equivalents through the first quarter. That will give it the flexibility to navigate the uncertain business environment in the near term and allow it to plan for the long term.

While the legacy ad business is growing more slowly now, Google has interesting growth prospects in YouTube and Google Cloud. YouTube should benefit as demand for in-home entertainment continues to soar. And Google Cloud should get a boost as more businesses look to the cloud for remote hosting help. In the most recent quarter, YouTube's ad sales grew by 33% and Google Cloud's revenue rose 52%. The two combine to make up 16.6% of overall revenue for Alphabet; if they can maintain those kinds of growth numbers, it will only be a matter of time before they contribute significantly.

One important point to keep in mind: Google Search is still the first place people go to find something online. Its lead is so significant that it's drawing the scrutiny of government regulators looking to bring antitrust legislation. The segment grew revenue at 8.6% in the most recent quarter, reaching a whopping $24.5 billion. In the first-quarter press release, CEO Sundar Pichai said, "People are relying on Google's services more than ever, and we've marshaled our resources and product development in this urgent moment." Where people's attention goes, advertisers usually will follow, and, in this case, pay Alphabet for the privilege. 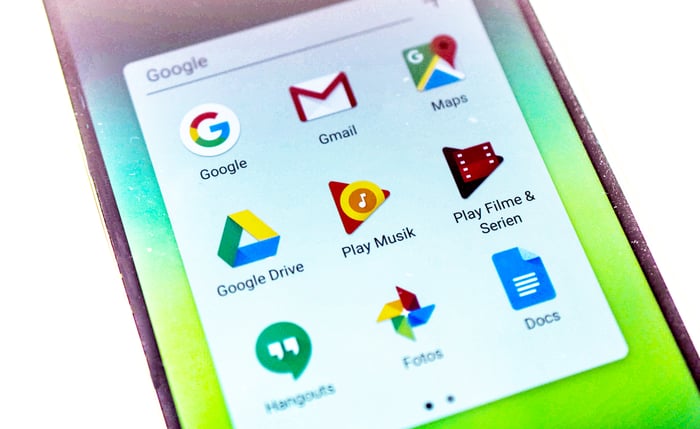 Still, significant risks abound with investing in these companies. Disney is not sure when it will be able to reopen some of its businesses. Further, it had a change in leadership recently with Bob Chapek taking over the role of CEO from Bob Iger. Finally, the transition from traditional media viewing to streaming poses a challenge and an opportunity for the company, and it is not yet certain if the outcome will be positive or negative in the long run.

Additionally, the coronavirus-induced recession is leading marketers to reduce spending in the near term, which will be a challenge for Alphabet, which relies so heavily on advertising. Further, some government regulators are accusing Google of having too much market power and threatening to bring antitrust lawsuits against it.

However, the potential for sustainably good returns in these two stocks gives enough reason for a person investing for retirement to take on the risk.