Please ensure Javascript is enabled for purposes of website accessibility
Log In Help Join The Motley Fool
Free Article Join Over 1 Million Premium Members And Get More In-Depth Stock Guidance and Research
By Keith Speights – Updated May 31, 2020 at 12:29PM

One of them still looks like a great pick to buy.

It's a good thing Warren Buffett focuses on the long term instead of the short term. Because so far this year, his Berkshire Hathaway (BRK.A 1.68%) (BRK.B 2.17%) stock isn't performing very well. Shares of the conglomerate are down 18%, significantly below the year-to-date returns of the major market indexes.

But some of the individual stocks in Berkshire's portfolio are doing quite well. Three Buffett stocks, in particular, are trouncing Berkshire in 2020. Are they still smart picks to buy for investors who aren't billionaires? 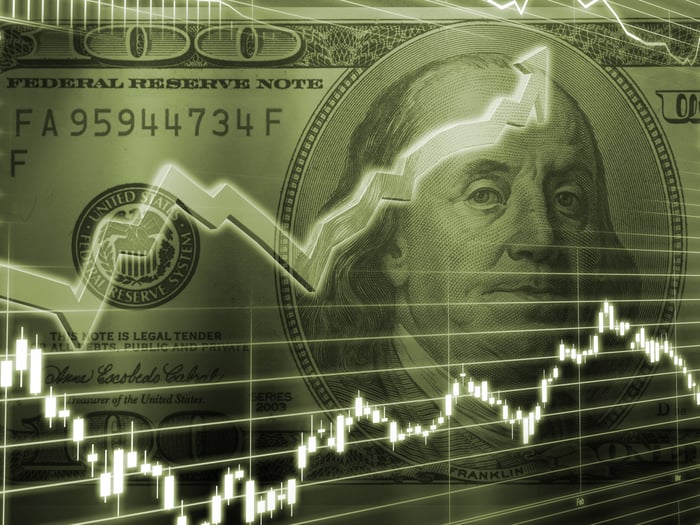 Amazon.com (AMZN 2.55%) stock is up 32% so far this year. While the COVID-19 pandemic has hurt many companies, Amazon's business has thrived.

The impact of the global novel coronavirus outbreak has turned Amazon's business upside down -- mostly in a good way. Online shopping has soared. Amazon Prime memberships are up. Small businesses scrambled to beef up their e-commerce presence, which is good news for the Amazon Web Services cloud hosting unit.

But Amazon is a Warren Buffett stock in name only. Sure, no stock is added to Berkshire's holdings without some level of approval from the Oracle of Omaha. However, Buffett acknowledged in an interview with CNBC last year that one of his investment managers, either Todd Combs or Ted Weschler, bought the stock. Still, he said that he's "been a fan" of Amazon and has "been an idiot for not buying it" in the past.

Teva Pharmaceutical (TEVA 1.98%) is another Berkshire-owned stock that's up big -- 27% year to date. The Israel-based drugmaker handily beat Wall Street expectations with its first-quarter results. It also reaffirmed its full-year 2020 outlook while many companies were withdrawing their guidance.

The pharma stock was dragged down in the undertow of the overall market sell-off that began in late February. However, Teva quickly bounced back. Some part of its rebound could have stemmed from investors' expectation that Teva's hydroxychloroquine sales could surge with President Trump touting the anti-malaria drug as a treatment for COVID-19.

However, it seems likely that Teva's multiple positive developments in recent months were even bigger factors behind the stock's strong performance. The company, along with partner Celltrion, launched a biosimilar to Herceptin in March in the U.S. It followed up with the U.S. launch of migraine drug Ajovy in April. Teva and Celltrion also launched a biosimilar to Rituxan in the U.S. in early May.

Moody's (MCO 3.19%) has delivered a return of nearly 13% so far in 2020. Considering the market mayhem, that's a pretty good performance.

Like most stocks, Moody's shares plunged during the COVID-19-fueled stock market crash. But the credit rating agency's prospects began to look on a stronger footing by the latter part of March. Moody's also reported much better-than-expected Q1 earnings at the end of April.

The main reason why Moody's hasn't been an even bigger winner this year is that it lowered its full-year guidance. The company expects its revenue to decline by a mid-single-digit range due to the COVID-19 pandemic, disruptions in energy markets, and low interest rates.

I have mixed views about these Berkshire-beating stocks going forward. Let's start with my least favorite of the three. I didn't like Berkshire's addition of Teva a couple of years ago. And I'm still not a fan of the stock.

Sure, Teva appears to be dirt cheap with shares trading at a little over five times expected earnings. However, the company still has an enormous debt load. Teva spent more on interest than it did on research and development in the first quarter. That's not a good place to be for a pharmaceutical company.

I'm not as pessimistic about Moody's. My view is that the company has a solid moat and reasonably good long-term growth prospects. But that's not enough to get me excited about buying the stock.

On the other hand, I'm very excited about Amazon. E-commerce will continue to grow by leaps and bounds. Organizations will keep moving apps and data to the cloud. Amazon will benefit from both trends. I also expect that Amazon will make a huge splash in healthcare over the next few years, opening up another massive growth opportunity. It's one of my favorite Buffett stocks -- even if Buffett didn't personally pick it himself.