Boston Beer does best in bars -- but aren't most bars still closed?

One factor helping to keep the rally going is an enthusiastic analyst, Cowen & Company's Vivien Azer, who this morning raised her price target on Boston Beer stock to $650 a share, according to TheFly.com. 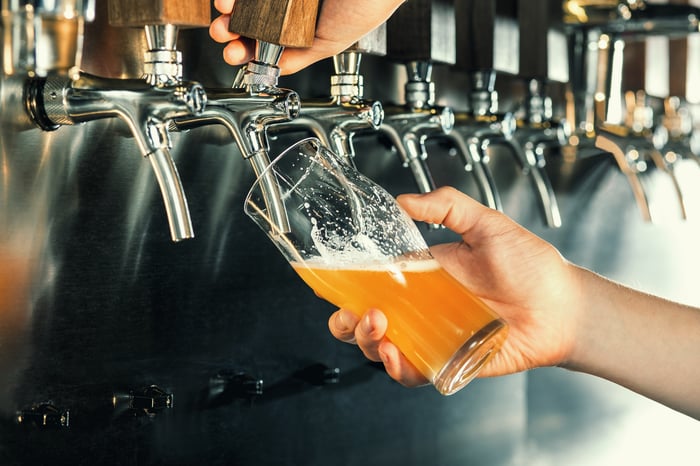 As Azer explains in today's report, Boston Beer is one of the best-positioned names in the beer space thanks to its strong presence in the "on-premise channel" (i.e. beer on tap in bars), and also its strong position in non-bar sales channels.

My fellow Fool.com contributor Rich Duprey addressed this latter segment of the beer market in April, though, when this combination didn't work out especially well for Boston Beer. Indeed, Duprey noted that it was precisely the shift from bars to "off-premise retailers like packaged goods stores and supermarkets" that caused Boston Beer to miss earnings so badly in its last quarterly earnings report. With bars largely closed due to the coronavirus, Boston Beer's earnings fell a steep 23% year over year, even as its overall sales grew 31%.

Admittedly, things could improve now that bars are starting to reopen around the country. But to date at least, government policy has pushed bar reopenings to near-last in line, after restaurants and other businesses. This suggests that any improvement in Boston Beer's profits could be similarly delayed.