Please ensure Javascript is enabled for purposes of website accessibility
Log In Help Join The Motley Fool
Free Article Join Over 1 Million Premium Members And Get More In-Depth Stock Guidance and Research
By Leo Sun – Updated Jun 1, 2020 at 9:30AM

The packaged foods giant underperformed the bull market, but it could outperform a bear market as a safe haven stock.

Packaged foods giant General Mills (GIS -2.83%) is often considered a stable stock for conservative investors. It owns a broad portfolio of well-known brands -- including Cheerios, Yoplait, and Haagen-Dazs -- and it's paid uninterrupted dividends for 120 years.

General Mills' stock has risen 12% over the past five years and generated a total return of 34%. Those gains were decent, but they trailed behind the S&P 500's 44% gain. Should investors stick with General Mills over the next five years, or will this stock keep underperforming the broader market? 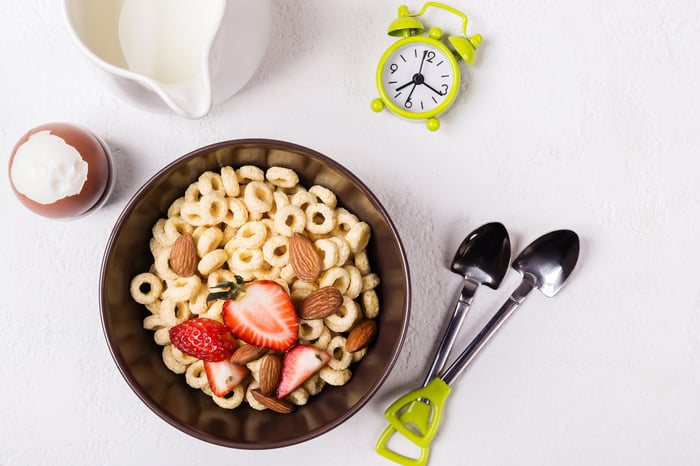 General Mills has struggled to grow its organic sales over the past five years, but price hikes and cost-cutting measures boosted its earnings -- even after it suspended its buybacks after its acquisition of Blue Buffalo in 2018.

What will happen over the next five years?

General Mills expects its organic sales to rise 1%-2% in fiscal 2020, which ended on May 25, and for its adjusted EPS to grow 6%-8% on a constant currency basis. It also expects its e-commerce sales to top $1 billion -- or nearly 6% of its annual revenue -- during the year. That percentage could continue rising as it deepens its online partnerships. 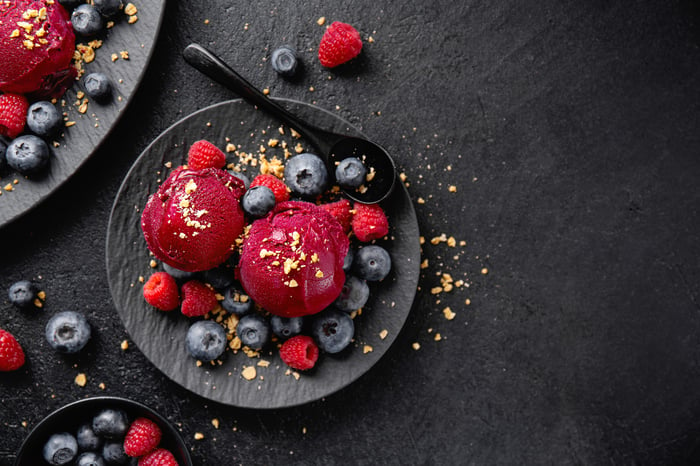 The COVID-19 crisis throttled foot traffic at its Haagen-Dazs stores across Asia, but it easily offset that drop with robust sales of its packaged foods as shoppers stocked up on stay-at-home items.

That temporary boost could fade after the pandemic passes, and it could still run out of room to offset its slower shipments with higher prices. Private label and healthier brands could also keep pulling away fickle consumers.

On the bottom line, General Mills will continue to execute its "Holistic Margin Management" plan, which cuts costs by continually installing energy-efficient technologies, optimizing the company's distribution network, and cutting packaging costs across its supply chain. These granular moves should stabilize its earnings growth over the next five years, even if it struggles to grow its organic sales.

General Mills currently pays a forward yield of 3.2%, but it froze its dividend hikes with its buybacks two years ago. It might raise its payout again as its savings plans kick in, but its top priority will be to reduce its long-term debt of $11.6 billion.

Analysts expect General Mills' annual earnings to rise at an average rate of about 6% over the next five years. That's a decent growth rate for a stock that trades at just 17 times forward earnings, but investors probably won't pay a premium for General Mills until it generates more consistent organic sales growth by launching fresh products or expanding newer brands like Blue Buffalo.

Still a great stock to buy and hold

General Mills has traditionally been a good defensive stock during market downturns, and will likely remain one over the next five years. It trailed the market over the past five years as the bulls remained in control, but it could still stay ahead of the S&P 500 in a tougher bear market.