Please ensure Javascript is enabled for purposes of website accessibility
Log In Help Join The Motley Fool
Free Article Join Over 1 Million Premium Members And Get More In-Depth Stock Guidance and Research
By George Budwell – Jun 1, 2020 at 11:51AM

Shares of the clinical-stage biotech Adaptimmune Therapeutics (ADAP -7.50%) fell by as much as 11% immediately out of the gate Monday morning. The drugmaker's stock kicked off the week off on a sour note thanks to a fairly large public offering consisting of 12.5 million of its American depositary shares.

However, Adaptimmune has sharply rebounded as today's trading session has unfolded: As of 11:44 a.m. EDT, the biotech's stock is currently up by 19%. 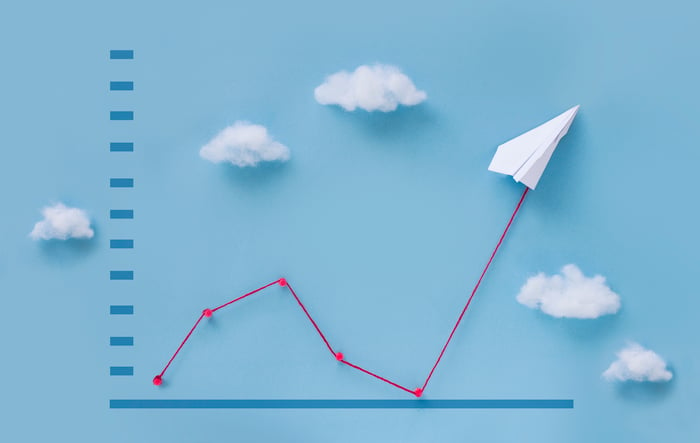 Last Friday, Adaptimmune's shares rocketed higher on the heels of a positive clinical update for its experimental T-cell therapy platform, which was presented at the American Society for Clinical Oncology (ASCO) Annual Meeting. Most importantly, the company noted that its lead asset, ADP-A2M4, produced a 50% response rate in an early stage trial in patients with synovial sarcoma.

So with its shares heating up in a big way last week, it's not exactly surprising to see the company pull the trigger on a public offering to raise capital. Adaptimmune, after all, is still over a year away from potentially launching its first product.

Is Adaptimmune's stock still a strong buy? At present, its market cap stands at roughly $1.56 billion. That's not exactly an outlandish valuation for a company that may have multiple anticancer cell therapies on the market by the middle of the decade. So if you're on the hunt for a top-notch growth opportunity and don't mind the risk that comes with a speculative biotech stock, Adaptimmune may indeed be worth adding to your portfolio.