Please ensure Javascript is enabled for purposes of website accessibility
Log In Help Join The Motley Fool
Free Article Join Over 1 Million Premium Members And Get More In-Depth Stock Guidance and Research
By Keith Speights – Jun 2, 2020 at 6:53AM

The drugmaker says it will still hit its revenue-growth projections, but that will be difficult.

Pfizer (PFE -0.91%) started off the month of June with a bombshell. The big drugmaker announced disappointing news on Monday from its Pallas late-stage study evaluating Ibrance as adjuvant therapy in treating early-stage breast cancer. The independent Data Monitoring Committee of the study determined that the clinical trial was unlikely to show statistically significant improvement following a preplanned efficacy and futility analysis.

This was a big blow to Pfizer. In the company's Q1 conference call in late April, chief scientific officer Mikael Dolsten said that "we feel very optimistic and good" about the Ibrance-as-adjuvant study. But the shocking setback raises the question about just how optimistic investors should now be about Pfizer's growth prospects. Are those prospects now in trouble? 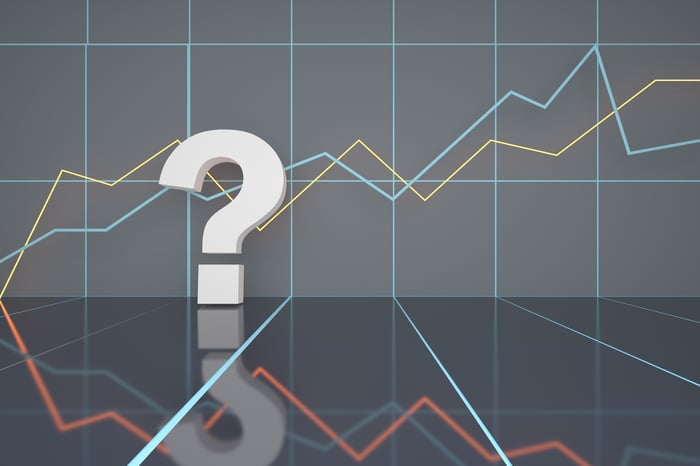 Pfizer chairman and CEO Albert Bourla retained his optimism about the company's growth prospects. Bourla said that Pfizer should still be able to deliver a compound annual growth rate (CAGR) for revenue of at least 6% through 2025. This projected revenue growth assumes successfully closing the combination of Pfizer's Upjohn unit with Mylan.

Bourla even said that Pfizer remains "highly confident" in its ability to generate 6% or greater revenue growth over the next few years. Why is the company so confident in the wake of a significant pipeline setback? Bourla stated: "Given the continued breadth of our marketed portfolio and strength of our pipeline, our growth projections are not reliant upon any individual marketed medicine or pipeline opportunity."

It's correct, of course, that Pfizer doesn't rely solely on one drug to drive its growth. The company has several other drugs in its lineup that enjoy solid sales momentum, notably including blood thinner Eliquis, prostate-cancer drug Xtandi, and rare-disease drug Vyndaqel.

But make no mistake about it, Pfizer was counting on a win for Ibrance as an adjuvant in the early breast cancer indication. The company has said in the past that this opportunity could double the addressable patient population for Ibrance.

How much money are we talking about with the Ibrance setback? The breast cancer drug made nearly $5 billion in revenue last year. If the adjuvant setting represented twice the current eligible patient population, Pfizer will miss out on at least another $5 billion per year. Three years ago, Morgan Stanley analyst David Risinger projected the annual adjuvant market for Ibrance could be more than $8 billion.

It's possible that he's still counting on Ibrance to be successful in another ongoing late-stage study targeting early breast cancer, a study referred to as Penelope-B. However, even if Pfizer does have positive results from Penelope-B, the market opportunity it opens up would still be quite a bit smaller than success in the Pallas study would have brought.

I find it hard to believe that Pfizer wasn't banking on the adjuvant opportunity for Ibrance in its projection of 6% or higher revenue growth. And it's not like the company suddenly has new major growth drivers on tap that it didn't have in April, when this revenue growth projection was discussed.

Albert Bourla might be "highly confident" that Pfizer can hit its growth estimate. I'm not. Either Pfizer was sandbagging big-time with the 6% figure in the first place, or the company's current optimism is simply spin. It looks like most investors aren't buying Pfizer's bravado, either. The pharma stock sank 7% on Monday, reflecting a market-cap decline of more than $15 billion.

Pfizer does still have other growth opportunities. It will still have an attractive dividend even after the Upjohn-Mylan deal closes. But it's hard to argue that the stock today is as appealing as it was before the Ibrance flop.