Please ensure Javascript is enabled for purposes of website accessibility
Log In Help Join The Motley Fool
Free Article Join Over 1 Million Premium Members And Get More In-Depth Stock Guidance and Research
By Donna Fuscaldo – Jun 2, 2020 at 11:50AM

In a prospectus made public this week, the chipmaker, which trades on the Hong Kong Exchange, said proceeds from the share sale will go to bankroll projects and shore up operating capital as tensions between the U.S. and China intensify. 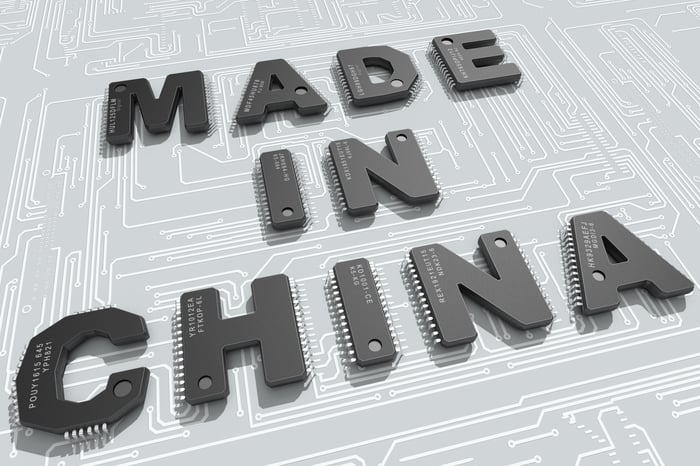 The company is anticipating increased business after the U.S. Department of Commerce in May expanded the Foreign Direct Product Rule to prevent Chinese smartphone maker Huawei from purchasing semiconductors from U.S. companies. The restrictions now cover semiconductor designs and chipsets, including ones outside of the U.S. that are made with U.S. equipment. Companies will need a license from the Commerce Department to work with Huawei.

Those expanded restrictions are expected to hurt Taiwan Semiconductor Manufacturing (TSM -2.33%) and potentially send more business SMIC's way. But with the tech stock behind TSMC from a technological standpoint, some of the funding may go to enhance its capabilities. SMIC listed the rule as a potential positive in the prospectus pointing out that some semiconductor equipment and technologies imported from the United States may not be used to manufacture products for a number of customers unless they obtain approval from the Department of Commerce. In response to the expanded rule, TSMC has agreed to build a $12 billion chip plant in Arizona.