Please ensure Javascript is enabled for purposes of website accessibility
Log In Help Join The Motley Fool
Free Article Join Over 1 Million Premium Members And Get More In-Depth Stock Guidance and Research
By Donna Fuscaldo – May 15, 2020 at 12:16PM

The Commerce Department has amended an export rule to stop Huawei from what it says is undermining national security.

Chinese smartphone maker Huawei was dealt another blow Friday after the U.S. Commerce Department amended an export rule to prevent it from purchasing semiconductors from U.S. companies.

In a statement, the Commerce Department said by amending the export rule it "cuts off" Huawei's ability to get around U.S. export controls. The Commerce Department contends that Huawei has continued to use software and semiconductors from U.S. companies even after the company and 114 of its overseas affiliates were added to a blacklist late last year. 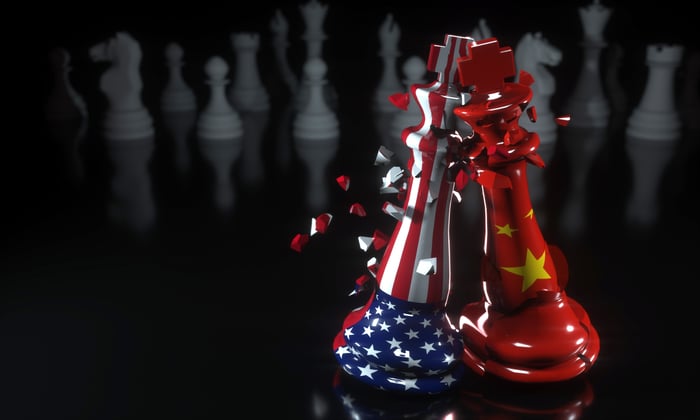 "Despite the Entity List actions the Department took last year, Huawei and its foreign affiliates have stepped-up efforts to undermine these national security-based restrictions through an indigenization effort.  However, that effort is still dependent on U.S. technologies," said Secretary of Commerce Wilbur Ross in the press release.  "This is not how a responsible global corporate citizen behaves.  We must amend our rules exploited by Huawei and HiSilicon and prevent U.S. technologies from enabling malign activities contrary to U.S. national security and foreign policy interests."

The restrictions cover semiconductor designs and chipsets, including ones outside of the U.S. that are made with U.S. equipment. Companies that work with Huawei will require a license from the Commerce Department.

The move will likely heighten tensions between the U.S. and China, which have been embroiled in a trade war. Amid the pandemic, the relationship has soured even more, with both sides pointing fingers at one another. As tensions rise, the White House has been working to get U.S. semiconductor companies to develop more chips on U.S. soil to lessen the industry's dependence on China for supplies. The Trump Administration has been holding talks with Intel (INTC -0.22%)  and Taiwan Semiconductor Manufacturing (TSM 2.29%) about building chip plants in the U.S. TSMC announced Friday that it will build a $12 billion semiconductor facility in Arizona.