Recent news has not been good. Civil unrest has spread to many U.S. cities in the past few days, threatening to slow the economy's recovery from the pandemic. On Monday, the Congressional Budget Office warned that a full economic recovery could take as long as a decade.

The stock market doesn't seem to care. The Dow Jones Industrial Average (DJINDICES:^DJI) was up another 0.6% by 11:40 a.m. EDT Tuesday, despite the flood of bad news. The market was mixed overall, with the tech-heavy Nasdaq Composite suffering a small loss.

Shares of Visa (NYSE:V) managed to gain on Tuesday after the credit card giant released data that showed a rebound in spending last month. Meanwhile, Apple (NASDAQ:AAPL) stock was down slightly following reports of steep discounts for iPhones in China. 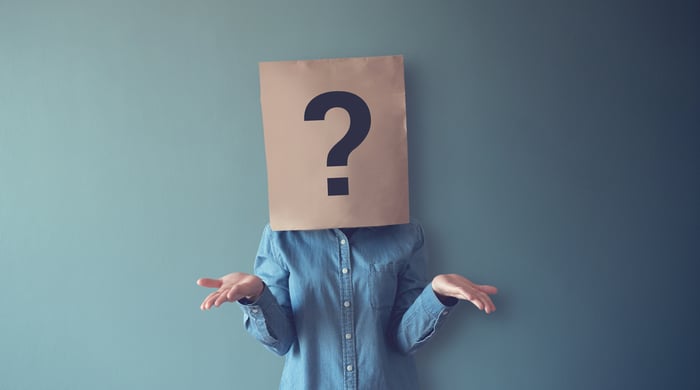 Visa sees payments recovery in May

April was a rough month for Visa. A combination of temporarily closed businesses, nearly nonexistent travel demand, and generally weak consumer spending led to a steep drop in payments volume. Total payments volume in the U.S. dropped 18% year over year, with a staggering 30% decline in credit card volumes. Cross-border volumes were even worse.

While May brought only minor improvements to the cross-border payments situation, spending on Visa's network in the U.S. picked up. U.S. payment volumes were down only 5% for the month, with a 21% decline in credit card volumes partially offset by a 12% rise in debit card volumes. Stimulus payments and expanded unemployment benefits no doubt played a role, especially considering that some Americans are making more on unemployment than they did when they were working.

Food and drugstores, home improvement, and retail services spending surged more than 20% in May, while automotive, retail goods, and telecom and utilities spending grew by less. Restaurant spending continued to decline in May, and travel spending was down more than 70%.

Globally, processed transactions were down 12% year over year in May for Visa, a 12-percentage-point improvement compared to April. The company noted that spending has shifted toward larger ticket transactions.

While another round of direct stimulus payments to Americans is possible, the expanded unemployment benefits as part of the CARES Act expire on July 31. If the unemployment rate remains high late in the summer, Visa could see payments volume regress as consumers tighten up on spending.

Shares of Visa were up about 0.6% by late Tuesday morning. The stock is now roughly 9% below its 52-week high.

One thing that becomes far less urgent for most people when a deadly virus is rapidly spreading is a smartphone upgrade. In February, sales of iPhones in China reportedly dropped a whopping 61% year over year. In April, sales of iPhones in the U.S. crashed 77%, according to data from KeyBanc.

Apple has seen demand rebound in China since that country started reopening its economy, and that demand could accelerate with lower prices. CNBC reported on Monday that iPhone prices have been slashed on various third-party websites, including Alibaba's Tmall and JD.com. Discounts are as high as 21% for the high-end iPhone 11 Pro Max. The promotions are part of the 6.18 shopping festival.

The U.S. tech giant faces intense competition in China from local smartphone companies. In the first quarter, Apple managed a market share of just 8.5% in the country, far below the 41.4% share claimed by China's Huawei. Lower prices may help boost Apple's share, but the company is nowhere near as dominant in China as it is in the U.S., and that's unlikely to change anytime soon.

Apple stock was down about 0.5% by late Tuesday morning. The stock is just barely below its 52-week high, despite vast uncertainty about what smartphone demand will look like later this year.