Typically, good data from a rival drugmaker would send shares down, not up, but ulcerative colitis is a common enough disease -- around a million Americans have it -- that there's enough room in the marketplace for more than one drug. There's also some evidence that etrasimod might be more effective than Zeposia, although the drugs haven't been compared in a head-to-head study. 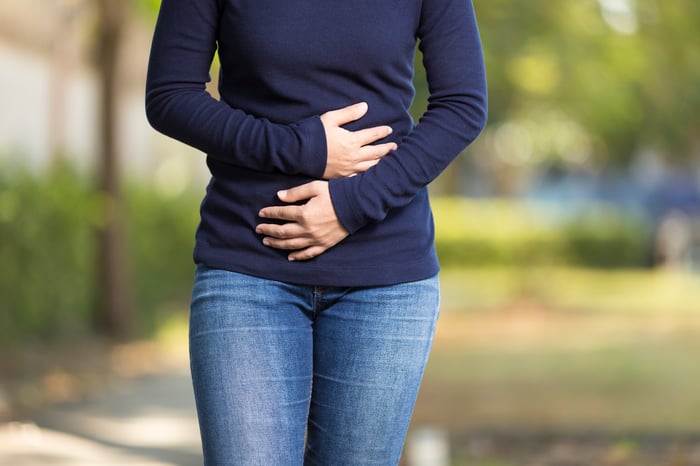 Bristol Myers Squibb's results are also the first evidence that S1P drugs can help patients with ulcerative colitis. Zeposia is already approved by the Food and Drug Administration to treat multiple sclerosis, but the new data increases the potential for the class of drugs substantially.

In fact, the data was solid enough to make some think that Zeposia -- and hopefully Arena's etrasimod too -- can compete with the Janus kinase inhibitors, such as Pfizer's (PFE 0.87%) Xeljanz, which has a black box safety warning on its label.

It's back to waiting for Arena Pharmaceuticals' investors. The biotech is currently testing etrasimod in a phase 3 clinical trial for ulcerative colitis. The study will test the treatment over the course of a year and hasn't fully enrolled yet, so it'll be at least a year before investors get to see whether etrasimod can actually compete with Zeposia.