Please ensure Javascript is enabled for purposes of website accessibility
Log In Help Join The Motley Fool
Free Article Join Over 1 Million Premium Members And Get More In-Depth Stock Guidance and Research
By Brian Feroldi – Jun 2, 2020 at 11:54AM

The rumor mill is swirling about a takeover offer.

Shares of BlackBerry (BB -2.08%), a technology company focused on security software and services, was up 10% as of 10:55 a.m. EDT on Tuesday. The jump looks to be attributable to the news that an investing heavyweight might be interested in buying out the entire business. 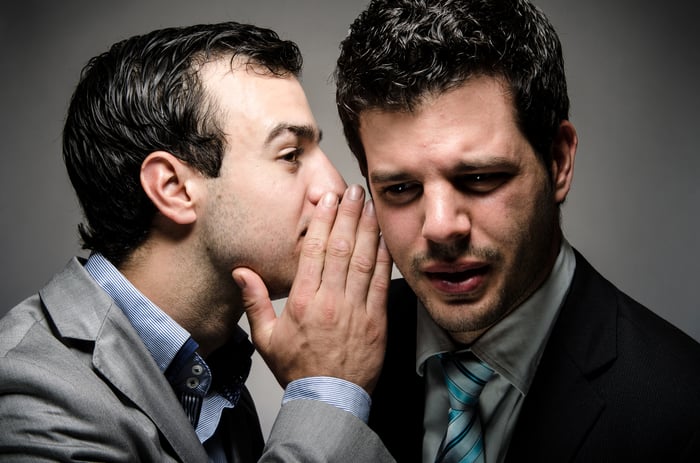 The report also stated that BlackBerry has created a committee and hired a team of investment bankers to advise on a potential acquisition. The source of the information, not identified in the report, noted that it was unclear if the talks are ongoing and how far along they may have advanced.

In other news, BlackBerry announced today that it has hired Thomas Eacobacci as president as of June 15. Eacobacci had previously been an executive at Citrix Systems.

It's hard to know whether or not we should take this rumor seriously, but it is worth noting that Watsa does have a long history with BlackBerry. He has been an investor in BlackBerry for many years, and has served on its board since January 2012.

What's more, in Watsa's annual letter to shareholders, he made the following comment about his Blackberry investment:

We continue to support [CEO] John Chen as he works diligently to make BlackBerry a growth company again. As I said last year, with the Cylance acquisition, John is working to become the most trusted AI-cybersecurity company. Still a work in progress!

As of the time of this writing, Blackberry hasn't released any information to confirm or deny this report. So investors should remain focused on whether or not they want to own Blackberry's stock based on the company's fundamentals and not because it may be an acquisition target.