Investors are ignoring one of the biggest risks around with this recently-minted highflier.

Investors have certainly been excited about the prospects for sports betting company DraftKings (DKNG -0.60%). Since it officially began trading in its present form on April 24, the stock is up nearly 100%, compared to a roughly 6% increase for the S&P 500.

The company began life as a provider of daily fantasy sports contests, but has morphed into something much more. To say the company took an unusual path to public trading would be an understatement. DraftKings merged with SBTech and Diamond Eagle Acquisition -- a special purpose acquisition company (SPAC) -- an entity whose sole purpose is to raise capital in an IPO and then acquire an existing company.

But its circuitous route to trading isn't why I would avoid the company at all costs. It's an important disclosure DraftKings made to regulators in the run-up to its public debut -- and it's a doozy. 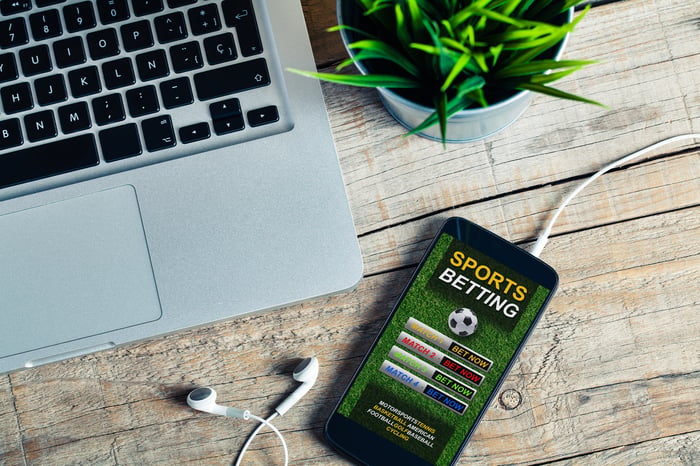 I'm a currently licensed certified public accountant (CPA), so I know a little something about the ins and outs of accounting. One of the key assumptions in the accounting profession is that of the going concern principle, which essentially assumes that a company is expected to stay in business for the foreseeable future, with the ability to meet all its commitments and financial obligations.

If at any point that ability to stay in business comes into question, auditors certifying the company's financial statements according to generally accepted accounting principles (GAAP) are required to render an opinion about the potential for the business to continue as a "going concern."

A major (red) flag on the play

In DraftKings' S-1 filing with the Securities and Exchange Commission (SEC), the company included a disclosure that has far-reaching implications, and it doesn't look good for the company's future. As an accountant, it makes the hairs on the back of my neck stand up, and is one of the very few things that is an absolute deal breaker for me when considering a company as a potential investment -- a going concern warning (emphasis mine):

Based on its recurring losses from operations incurred, expectation of continuing operating losses for the foreseeable future, and need to raise additional capital to finance its future operations, as of the issuance date of the annual consolidated financial statements for the year ended December 31, 2019, the Company has concluded that there is substantial doubt about its ability to continue as a going concern within one year after the date that the consolidated financial statements are issued.

Put more simply, there's a better than average chance that DraftKings will run into financial trouble at some point in the coming year. 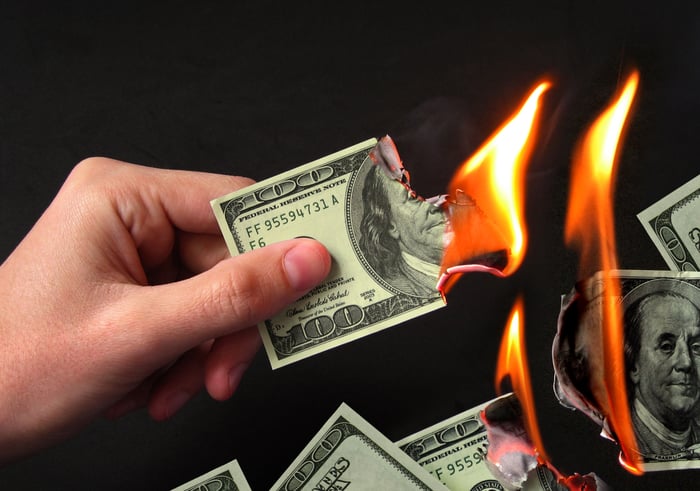 At the close of 2019, DraftKings had $491,000 in cash on its balance sheet and current liabilities -- or bills that it is expected to pay in the coming 12 months -- of $1.5 million. By the time it reported its first-quarter results, its liabilities were largely unchanged while its cash balance had shrunk to $158,000. At the same time, the business generated a loss from operations for the quarter of $719,000.

It's important to note that in the same S-1 filing, DraftKings said that with regard to its going concern disclosure, "Management has determined that the Company has access to funds from the [SPAC], in the form of working capital loans, that are sufficient to fund the working capital needs of the company." In other words, the money obtained from the IPO and subsequent merger may be enough to keep the company afloat for the coming year.

I'm not saying DraftKings can't succeed, but given the situation and the rate at which the company is burning through cash, I certainly wouldn't bet my hard-earned investing dollars on it.

Editor's note: The figures in the paragraph under the subhead "Living on borrowed time?" have been corrected.

Is DraftKings Stock a Buy Now?

Is DraftKings Looking Like a Good Bet After the Recent Sell-Off?

In a Risky Market, Is This Stock a Good Bet?