Please ensure Javascript is enabled for purposes of website accessibility
Log In Help Join The Motley Fool
Free Article Join Over 1 Million Premium Members And Get More In-Depth Stock Guidance and Research
By Jennifer Saibil – Jun 3, 2020 at 11:05AM

As the economy begins to restart, the e-commerce giant is halting its hazard pay.

As retail begins to make a seeming ascent toward normalcy, several companies have announced that they're curtailing some of the measures they instituted during the pandemic to keep work environments safe and reward employees.

On Monday, Amazon.com (AMZN -2.10%) announced that it's stopping the $2 hourly pay raise that it added for workers who came in to fill orders under pandemic conditions. The company had said from the beginning that it would be a temporary raise, and it said earlier in May that it would wind down the program the end of the month. 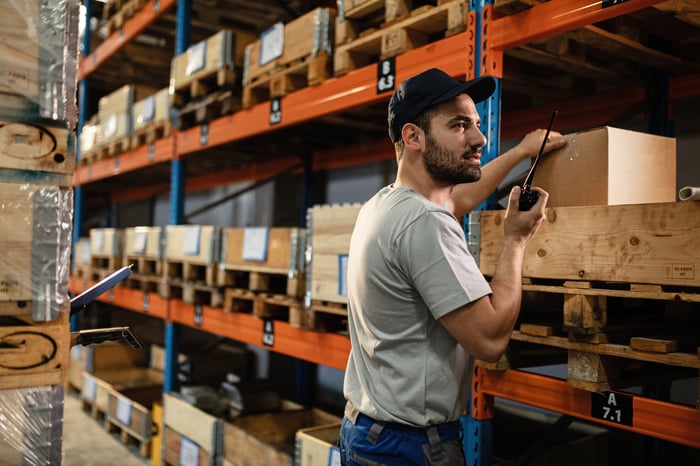 As the premier American e-commerce machine, Amazon has been inundated with orders throughout the pandemic and has hired extra workers to fulfill them. It had stopped shipping non-essential orders at one point due to overwhelming demand, but has since resumed regular operations as the economy reopens.

In the meantime, there have been news reports of COVID-19 spreading through Amazon's warehouses, and eight people who worked at Amazon have died from COVID-19.

Amazon has paid out $800 million in extra benefits since the start of the pandemic. Its starting pay of $15 an hour is higher than that of competing companies such as Target, whose minimum hourly wage is $13.

Scaling back as the economy recovers

Other companies have instituted recent changes as well. Starbucks announced last week that it would scale back worker hours as stores reopen under new conditions with reduced hours. Target has said previously that it would extend its hazard pay of $2 extra in hourly wages through July 4.