Please ensure Javascript is enabled for purposes of website accessibility
Log In Help Join The Motley Fool
Free Article Join Over 1 Million Premium Members And Get More In-Depth Stock Guidance and Research
By Donna Fuscaldo – Jun 3, 2020 at 11:25AM

Facebook said the investment dovetails with its mission to serve small businesses and bring them into the digital economy.

Facebook (META -0.73%) and PayPal (PYPL 1.53%) participated in a fundraising round for Gojek, the Indonesia delivery, and digital payments company.

The investment, the size of which remains undisclosed, also included funding from Alphabet's Google and China's Tencent. Gojek said the funding will go to support its GoPay digital payments app that processes billions of transactions each year. More than 170 million people across Southeast Asia use Gojek. 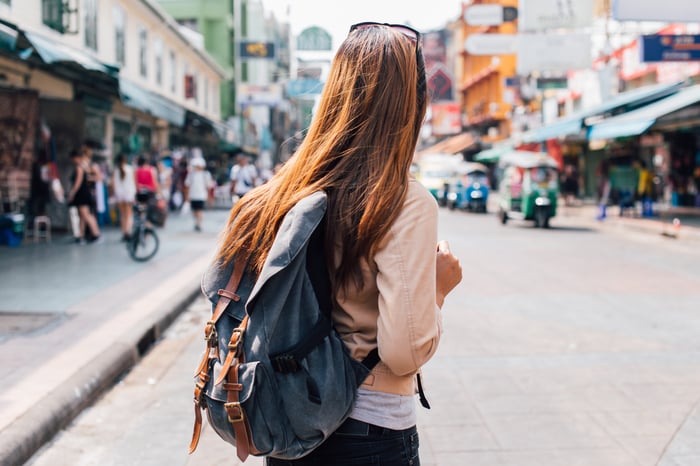 In a blog post, Matt Idema, COO of Facebook's WhatsApp, said the social media giant participated in the fundraising round as part of its efforts to serve small businesses and help bring them into the digital economy. Noting that most of the small businesses in Indonesia operate cash businesses, Idema said the investment will support its mission to bring financial inclusion across the world. "WhatsApp helps small businesses communicate with customers and make sales, and together with Gojek, we believe we can bring millions of people into Indonesia's growing digital economy," wrote Idema.  It marks the first investment for Facebook in an Indonesia based company.

By investing in Gojek, Facebook can get into the digital payments and financial services markets in a bigger way in Southeast Asia. Indonesia is one of the tech stock's largest Asian markets.

PayPal also wants a bigger piece of the action in Southeast Asia, saying in prepared remarks the investment in Gojek enables PayPal to expand access to its services. "Southeast Asia is at an inflection point in digital adoption that creates new opportunities to deliver financial services to previously unbanked merchants and consumers," said Farhad Maleki, Head of Corporate Development and Ventures for APAC at PayPal in a Gojek blog post.