Please ensure Javascript is enabled for purposes of website accessibility
Log In Help Join The Motley Fool
Free Article Join Over 1 Million Premium Members And Get More In-Depth Stock Guidance and Research
By Anders Bylund – Jun 3, 2020 at 9:50AM

Microblogging veteran Twitter (TWTR 2.57%) is under new leadership. Chairman Omid Kordestani stepped down from his post on June 1 and former Google CFO Patrick Pichette has taken his place.

Pichette also serves as chairman of Twitter's audit committee and a member of the board's compensation committee. He has served as a board member for Twitter since December 2017, starting his term two years after a seven-year term as chief financial officer at the company now known as Alphabet (GOOG -1.98%) (GOOGL -1.82%).

Kordestani also comes with a Google pedigree, having spent 15 years in high-level executive roles at that tech giant. He will stay on as a board member.

In a prepared statement, Pichette said that the time was right to "evolve our governance structure in-line with best practices." 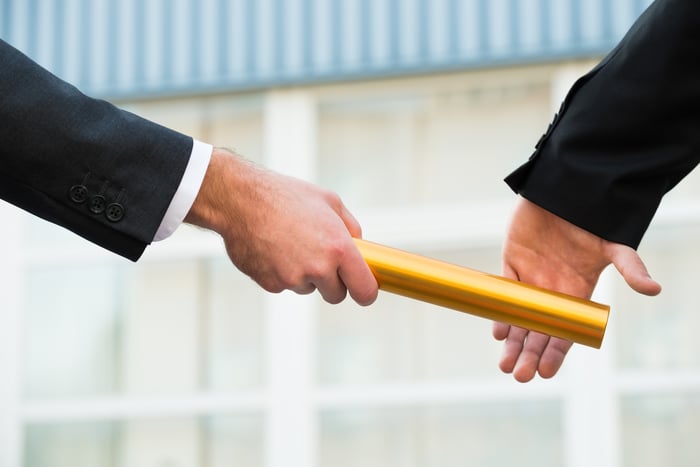 The boardroom shuffle comes at a salient time for Twitter. Two months ago, the company reached an agreement with activist investment firms Silver Lake Partners and Elliott Management to install three new independent directors and diversify the board over time.

The company is also in the national and global spotlight due to a public conflict with U.S. President Donald Trump. Twitter added fact-checking tags to some of Trump's tweets in May, sparking an executive order that aims to strip away legal protection from social media networks and online publishers who apply an editorial voice to their users' public messages.

It makes sense to see Twitter elevating its lead independent boardroom voice at a time like this as the company looks for a way forward through murky waters.