Please ensure Javascript is enabled for purposes of website accessibility
Log In Help Join The Motley Fool
Free Article Join Over 1 Million Premium Members And Get More In-Depth Stock Guidance and Research
By Keith Speights – Jun 3, 2020 at 6:03AM

HealthEquity (HQY 0.34%) topped Wall Street estimates when it reported its fiscal 2020 fourth-quarter results in March. But I noted at the time that those results didn't matter much because the COVID-19 pandemic made the company's future prospects uncertain.

The health savings account (HSA) administrator announced its fiscal 2021 first-quarter results after the market closed on Tuesday. This time around, the results did matter. 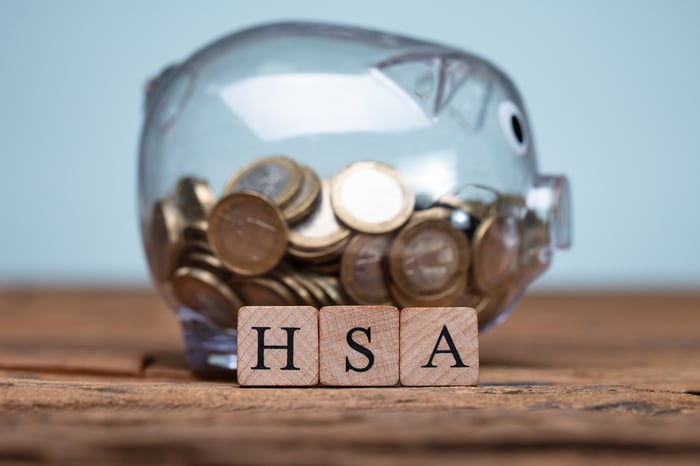 HealthEquity reported Q1 revenue of $190 million, a 118% jump from the $87.1 million reported in the same quarter of the previous year. However, the company's reported revenue came in lower than the average analysts' revenue estimate of $193.32 million.

On a non-GAAP adjusted basis, HealthEquity's net income in the first quarter totaled $30.8 million, or $0.43 per share. This represented a 12.4% year-over-year increase, although the company's non-GAAP earnings per share remained flat compared to the prior-year period due to a higher share count. The adjusted earnings figure fell a little short of the consensus Wall Street estimate of $0.44 per share.

HealthEquity's revenue increased on all fronts in the first quarter. Service revenue soared to $111.3 million from $26.8 million in the prior-year period. Custodial revenue rose to $46.9 million from $42 million. Interchange revenue jumped to $31.8 million from $18.3 million.

The acquisition of Wageworks, which closed in August 2019, was one key growth driver. Overall, HealthEquity generated solid growth in its HSA business, with its number of HSAs jumping 33% year over year to 5.4 million. As of April 30, 2020, the company had 12.7 million HSA accounts under management.

HealthEquity's GAAP earnings fell dramatically mainly due to a significant increase in operating expenses. However, its non-GAAP bottom line looked much better thanks mainly to adjustments for amortization of acquired intangible assets and merger integration and acquisition-related costs.

Assuming Kessler's prediction proves to be accurate, the healthcare stock could be a bargain right now. Shares dropped 8% in after-hours trading on Tuesday following the company's Q1 earnings announcement.