Shares of Cheesecake Factory (CAKE -2.33%) are soaring over 16% on its business update that showed sales recovery, and the data has other restaurant stocks, including Cracker Barrel (CBRL -2.32%), BJ's Restaurants (BJRI -0.25%), Red Robin (RRGB 0.15%), and Brinker international (EAT -2.54%), soaring 10% higher. Here are the important details from Cheesecake Factory.

Cheesecake Factory began reopening locations during the second week of May. Currently about 25% of its total restaurants have reopened with limited capacity per local restrictions and guidelines. More importantly, at least to investors, those reopened restaurants have recaptured 75% of prior-year sales levels on average. Cheesecake Factory's fiscal second quarter through May 31, 2020, shows comparable sales are down roughly 63%. The good news is that management believes it will have about 65% of its dining rooms open with limited capacity by the middle of June, and the company is encouraged by a strong restart. 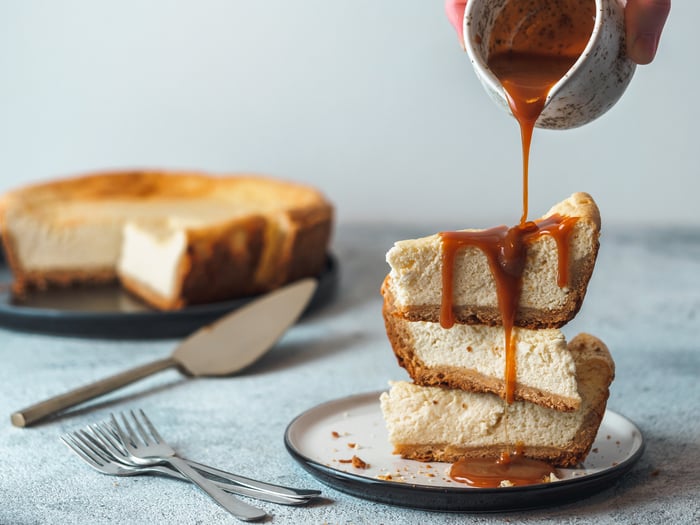 Red Robin has also seen improvement. "We are very encouraged by our five sequential weeks of sales improvement through May 24th due to the continued strong growth in off-premise sales and early traction in dine-in sales," said Paul J.B. Murphy III, Red Robin's president and CEO, in a press release. Today, Red Robin management announced it expects to have reopened approximately 270 dining rooms with limited capacity by June 7, 2020, which is roughly 65% of its company-operated restaurants.

Even with today's pop in many restaurant stocks, the sector still has a lot of ground to make up to reach the S&P 500's recovery. 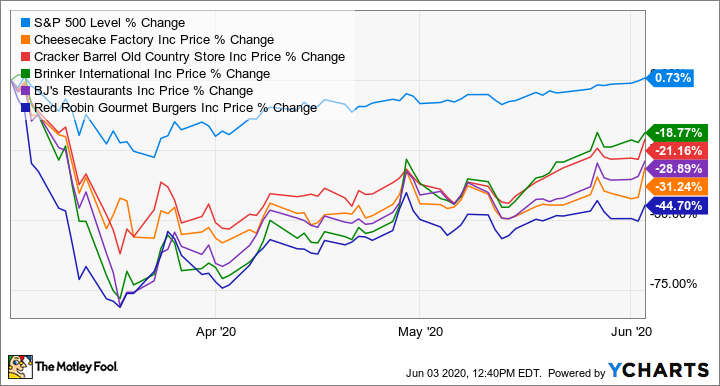 The first is that some restaurants could be stronger post-crisis because of a better and more refined off-premise sales strategy during COVID-19. It also emphasizes that consumers appear ready to get out and spend on dining more quickly than many assumed. Finally, it erases some fear that operating at limited capacity would cripple restaurants. Make no mistake, there will be some rough data during restaurant stocks' second quarter, but there's reason to believe the companies are poised to rebound and that consumers are ready to get out and spend. If the economy can gradually rebound, unemployment numbers decline, and we don't see a significant spike in COVID-19 cases, the restaurant industry could bounce back quicker than originally feared.