Shares of the multichain parent rose after The Cheesecake Factory posted bullish numbers.

Shares of Darden Restaurants (DRI 2.00%) were gaining as the Olive Garden parent moved in tandem with broad gains in the restaurant sector after The Cheesecake Factory (CAKE 2.17%) posted a favorable business update. 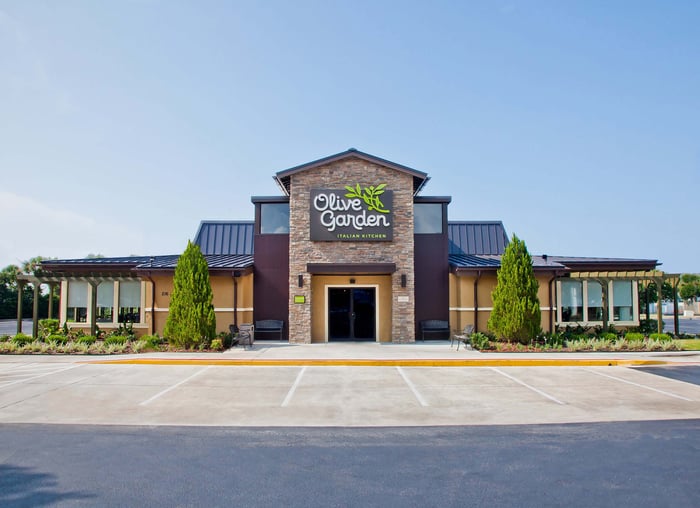 In its update, The Cheesecake Factory said that it began reopening restaurants in the second week of May, and it had now reopened dining rooms at 25% of its locations with limited capacity and in accordance with social-distancing regulations. The reopened restaurants had recaptured about 75% of prior-year sales, the company said, and it attributed that to continuing strength in the off-premise business and growing dine-in business.

Investors interpreted that as a bullish sign for the restaurant industry in general, as it seems to reflect pent-up demand for eating out. Data from Open Table, meanwhile, showed that restaurant business in Germany appears to have fully recovered, yet another sign of increased demand following reopening.

Darden last gave an update on May 19, saying that comparable-store sales had recovered to be down 49% in the week ended May 17. At the time, the restaurant operator had reopened 49% of its dining rooms with limited capacity, and it expected to have 65% of restaurants back open by the end of May.

Darden will deliver its fourth-quarter earnings report later this month, which encompasses the March-to-May period, when the business was hard hit by the pandemic. Analysts are expecting revenue to fall 44.9% to $1.23 billion and a per-share loss of $1.71 compared to a per-share profit of $1.76.

While the results will clearly be dismal, investors will want to pay attention to forward-looking commentary to see how the recovery is going.