Please ensure Javascript is enabled for purposes of website accessibility
Log In Help Join The Motley Fool
Free Article Join Over 1 Million Premium Members And Get More In-Depth Stock Guidance and Research
By Keith Noonan – Jun 3, 2020 at 7:57AM

The marketing software company is crushing the market in 2020, with its stock now up roughly 34% year to date.

Shares of HubSpot (HUBS 1.16%) climbed 18.6% in May, according to data from S&P Global Market Intelligence. Last month's double-digit gains followed a 26.6% increase for the company's share price in April. 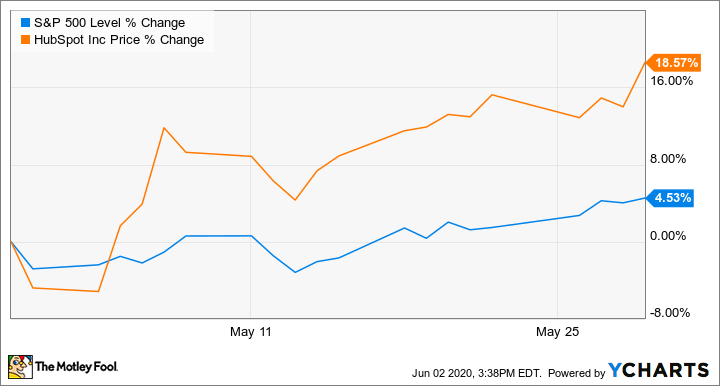 HubSpot stock jumped after the company posted better-than-expected first-quarter results on May 6, and continued to rise amid momentum for the broader market as the month progressed. Non-GAAP (adjusted) earnings per share fell roughly 3% year over year to land at $0.35 per share, but sales jumped 31% to hit $199 million. The average analyst target had called for adjusted per-share earnings of $0.23 on revenue of $190.9 million. 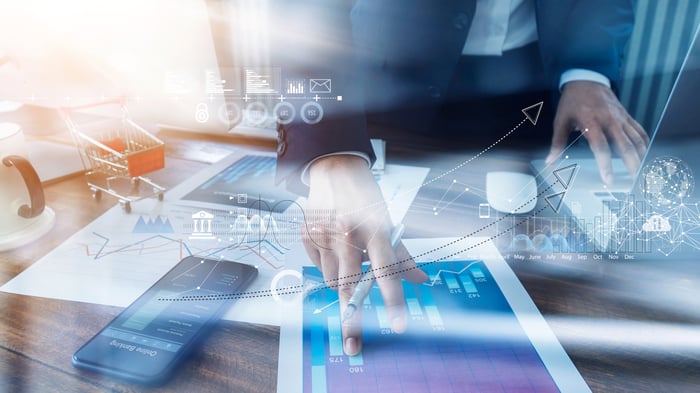 HubSpot stock, which has continued to gain ground early in June, is up roughly 6% so far. 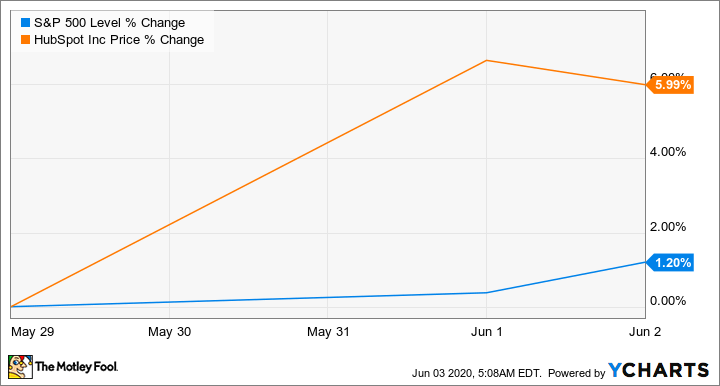 HubSpot will hold its annual meeting for shareholders virtually on June 17. The company is guiding for second-quarter revenue between $195 million and $196 million and adjusted earnings per share be between $0.23 and $0.25 for the period.

For the full-year period, management expects to post adjusted earnings per share between $0.88 and $0.92 on revenue of $800 million to $810 million. However, it has warned that uncertainty related to conditions created by the novel coronavirus pandemic could result in significant modifications to performance targets -- for better or worse.

HubSpot is valued at roughly 11.5 times the average analyst target for this year's sales.