The pipeline company got a boost from the oil market recovery and its ability to access funding.

Shares of ONEOK (OKE 4.31%) jumped 31.3% in May, according to data provided by S&P Global Market Intelligence. Several factors fueled that rally, including a rebound in the oil market and the pipeline company's ability to access funding.

ONEOK is battling challenging market conditions. That led several analysts to downgrade shares of the pipeline company last month. For example, J.P. Morgan cut its rating from overweight to neutral due to a challenging outlook in the Bakken shale, which could keep ONEOK's debt at an elevated level for a prolonged period. Meanwhile, UBS downgraded the stock from buy to neutral because of concerns that ONEOK might need to cut its dividend. 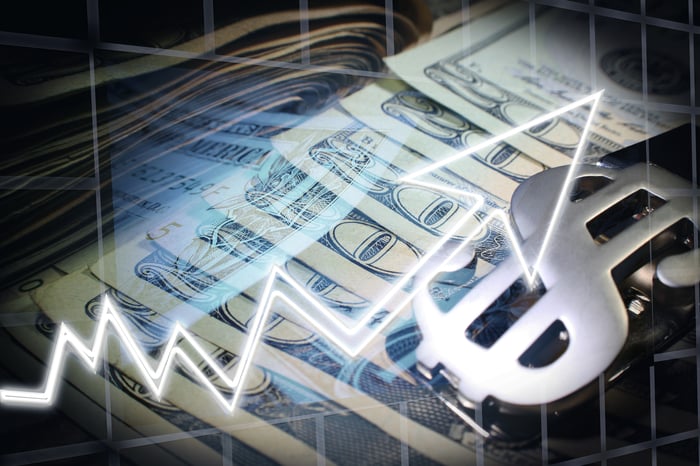 One factor driving the worries about the dividend's sustainability is that ONEOK needs cash to finance its expansion program. However, the company seemed to address that issue last month by raising an additional $1.5 billion of debt. While it paid a higher price for those borrowings than a similar debt offering earlier in the year, the cash cushion should ease concerns about the safety of its dividend.

On top of that, market conditions started improving last month as states reopened their economies. That helped drive up oil prices, which could eventually fuel higher activity levels and volumes out of the Bakken.

ONEOK believes it can maintain its dividend -- which currently yields 9.4% -- even as it completes its expansion program. However, if market conditions don't continue improving, then the company might need to reduce its payout and use that cash to pay down debt. Given that risk, ONEOK is still too much of a gamble for income stock investors right now.