Due to the economic impact of the COVID-19 pandemic, California is now expecting to see a decline in cannabis sales in the fiscal year that begins on July 1 -- and therefore, a drop in its tax revenue from those sales.

The projections for the next fiscal year are even worse, with excise revenue falling another 1.8% to $435 million. That's nowhere near the 23% growth to $590 million that the governor's office projected at the start of the year. Newsom believes legal cannabis sales are headed for a decline because the COVID-19 recession will have a disproportionate impact on the industry's younger consumer base, and that ongoing issues such as lack of access to banking and competition from the illicit market will continue to weigh down the industry. 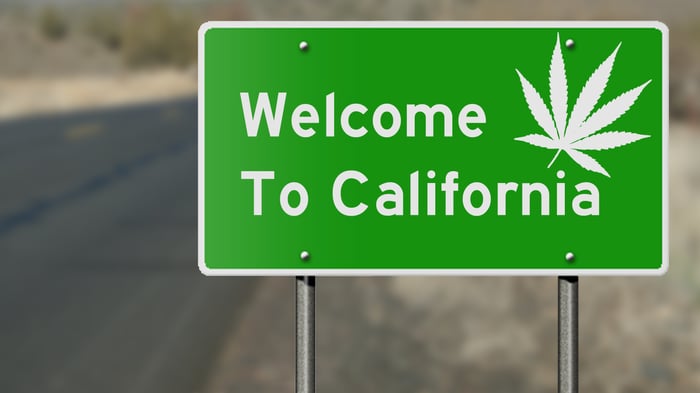 If Newsom is correct, one company that's going to feel the impact of a softer California market is Curaleaf Holdings (OTC:CURL.F). The cannabis producer completed the acquisition of wholesale brand Select on Feb. 3, which gave it significant access to the West Coast, where more than 900 retailers sell Select cannabis products. The brand has a strong presence in California, Arizona, Oregon, and Nevada.

In the first quarter, Curaleaf's sales totaled $96.5 million, up 174% from the prior-year period.