After being downgraded to junk status in May, Royal Caribbean scrambles to raise as much money as it can.

On Thursday, June 4, Royal Caribbean (RCL 2.34%) announced that it would be tapping the debt markets yet again, less than a month after it had raised a whopping $3.3 billion in debt in mid-May. It's curious that Royal would go back to the debt markets for more money, since the company's recent cash burn estimates gave it another 12 months or so of liquidity if the no-sail period lasts that long.

Royal Caribbean is likely doing the new raise for one of two reasons. Either it now thinks the cruising delay might last longer than it had expected, or it views the current debt markets as very favorable to companies like itself and worries that they might close later on this year.

Either way, the company is using another novel technique to raise money -- as it did in May -- despite recently having been downgraded to junk status. 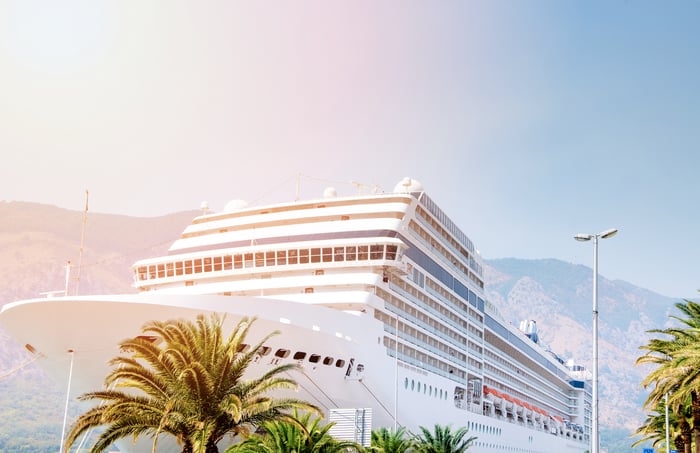 For the new debt raise, Royal Caribbean is looking to acquire an additional $2 billion in the form of both senior notes and convertible notes due in 2023. We don't yet know the allocation among the two types of debt.

For its previous raise, Royal Caribbean had used a novel technique in order to get debt investors to come on board. In May, Royal's debt was downgraded two notches by Moody's (MCO -0.60%) to junk status. In late March, when the coronavirus pandemic spread across the globe, Moody's had downgraded Royal's debt from Baa2 to Baa3, the lowest rung of investment-grade bonds. Then on May 13, Moody's downgraded Royal Caribbean's debt again two notches to Ba2, firmly in junk territory.

Junk status brings new limits on how much collateral a company can pledge to raise senior secured debt, which could deter debt investors. However, Royal Caribbean and its advisors were able to formulate a new scheme whereby the debt was divided, with part of the debt secured by ships and part with equity rights on the pledged ships, effectively giving these investors part first dibs and part second dibs on the collateral.

This time around, Royal Caribbean is actually raising unsecured debt but is forming a new subsidiary underneath Royal Caribbean overall, consisting of seven of the company's ships. The total book value of the ships within the subsidiary is $7.7 billion, so the $2 billion will be secured against this new "company" consisting of the seven ships, leaving an additional $5.2 billion in book value of headroom.

Basically, instead of officially pledging the ships, Royal Caribbean is pledging the new subsidiary, which contains the ships. It seems like a distinction without a difference, but if Royal Caribbean needs to jump through some legal hoops and it's allowed, so much the better. These are interesting times in the debt markets, after all!

It's curious that Royal Caribbean is going back to the debt markets so soon, since not much has changed in the past three weeks. However, management might have looked with envy at Norwegian Cruise Lines' (NCLH 2.69%) capital raise, which recently gave it 18 months of runway, and thought that it should do the same. Carnival (CCL 1.63%) just extended its pause on cruising from August until October for certain Princess-branded cruises, so that might have been a factor too. In addition, Morgan Stanley (MS -1.29%) analyst Jamie Rollo just downgraded all the cruise stocks this week, believing a full recovery might take longer than expected.

While the new raise isn't necessarily good news for this consumer discretionary stock and sector, it will buy Royal Caribbean more time. The market seems unfazed, with all cruise stocks rising today.