Please ensure Javascript is enabled for purposes of website accessibility
Log In Help Join The Motley Fool
Free Article Join Over 1 Million Premium Members And Get More In-Depth Stock Guidance and Research
By Bram Berkowitz – Jun 4, 2020 at 11:49AM

The country's largest owner of malls is taking one of its biggest tenants to court for the rent it didn't pay while those malls were shuttered due to the coronavirus pandemic.

According to allegations in a lawsuit filed Tuesday by Simon Property Group (SPG -3.67%), apparel retailer Gap (GPS -4.00%) failed to pay nearly $66 million in rent and other expenses that it owed during the months when those locations were shut down due to the coronavirus pandemic. Now, the landlord is asking the courts to force its tenant to pay up.

With 412 stores in the real estate investment trust's properties, Gap is one of Simon Group's largest tenants. The retailer occupies 2.1% of Simon's total U.S. square footage, and is responsible for 3.5% of its total base minimum rent.

It's just one lawsuit, but it could be a preview of a wider battle brewing between commercial tenants and their landlords. 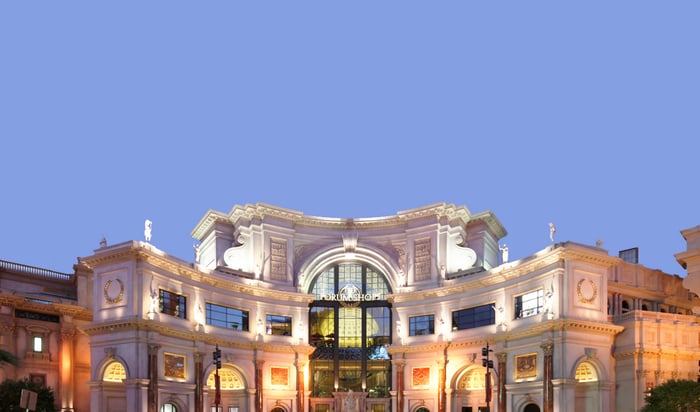 Gap said in a regulatory filing in April that it halted its monthly rent payments on North American stores that were temporarily closed, holding back payments amounting to roughly $115 million.

"Although we believe that strong legal grounds exist to support our claim that under common law we are not obligated to pay rent for the stores that have been closed because of the governmental and public health authority orders, mandates, guidelines and recommendations, there can be no assurance that such arguments will succeed and any dispute under these leases may result in litigation with the respective landlord," the company said.

In the same filing, Gap disclosed that it had fully drawn down its $500 million revolving credit facility, suspended its stock dividend for the remainder of fiscal 2020, and reduced planned capital expenditures by $300 million.

Simon Property Group said in its quarterly filing that it had agreed to rent deferrals with a limited number of tenants, but was handling matters on an individual basis based on each tenant's unique financial and operating situation.

However, President and CEO David Simon also said during the May earnings call that while the REIT felt that offering those deferrals was "the right thing to do," there was also nothing in its tenants' contracts that alleviated their contractual obligations to pay rent in most cases.