Shares of a number of real estate investment trusts (REITS) are moving sharply higher Thursday. Here are five in particular that are up by double-digit percentages:

There are two different types of companies here. Seritage Growth Properties is an equity REIT, meaning it owns and operates physical real estate assets. The other four are mortgage REITs, commonly called mREITs, which invest in real estate debt including residential mortgages and loans to commercial property owners and developers.

Let's start with Seritage. Of these five companies, it's the only one that has reported any material news in the past day that can be directly driving its share price higher. On Thursday morning, it issued a press release updating investors about tenant activity in its properties. 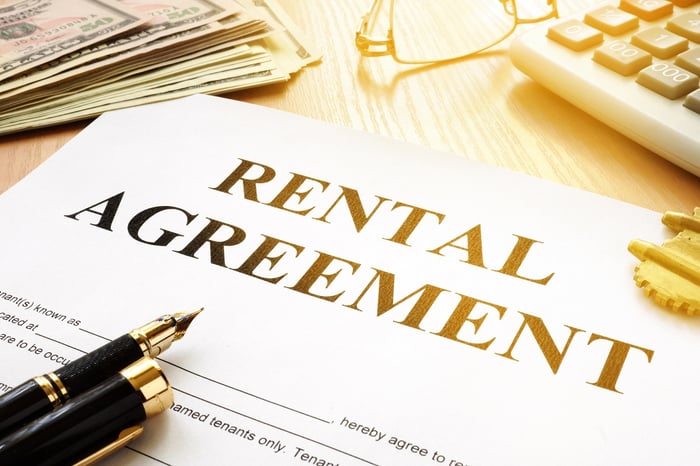 The company, which owns the properties formerly owned by Sears, said it had entered into an amendment to the master lease with the company that now owns all the former Sears operations, including an agreement to defer the rents at some stores through September, and terms for terminating some leases as soon as next year in exchange for a $5.3 million payment. The company also disclosed that 80% of its tenants were open and/or operating, and that it had collected 65% of April rents and 52% of May rents, and agreed to defer 6% of rents from tenants in both months.

There was no specific news behind the mREITs' moves higher, but as a category, they're having a strong day. Of 41 stocks categorized as mREITs, 39 were trading higher Thursday, and more than half had gained at least 5% at this writing.

Seritage has certainly given many investors reason to be more optimistic about its outlook. The company was created to monetize the real estate assets that the Sears and K-Mart department store chains had built up over many years, but the COVID-19 pandemic put enormous pressure on the company's ability to meet its debt obligations as its cash flow and balance sheet liquidity dried up. In addition to the good news about rent collections and the agreement with its biggest tenant, Seritage also said it sold six more properties for a total of $45 million in the second quarter, bolstering its financial position.

The next year could prove challenging for mREITs. Their business model is built on leverage, with the companies making their profits on the difference between their cost for debt, and what they can earn in yield on the loans they acquire. In a low-interest-rate environment, they can benefit from their access to cheap capital, but once rates start to rise, it will be harder to profit with this model. The current ultra-low rates will affect future earnings, as mREITs that rely on debt to fund their investments into real estate loans steadily see their own borrowing costs rise. 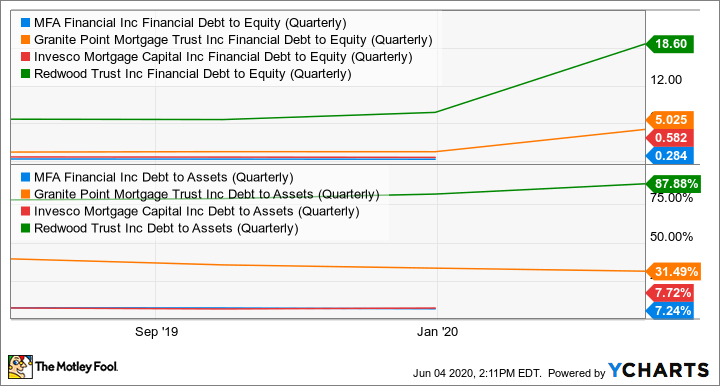 Moreover, the next year could be brutal as the economic impacts of the coronavirus pandemic continue to ripple outward. In April, about 21 million Americans lost their jobs, and economists expect to see that another 8 million were put out of work in May -- a result that would drive the U.S. unemployment rate to nearly 20%.

Though some businesses are beginning to reopen as shelter-in-place orders are relaxed, many others never will. This could weigh on the cash flows for many mREITs, both in the residential and commercial space, for a long time. With that in mind, investors considering the mREIT space should step very carefully for the foreseeable future. That's particularly true when it comes to the ones with the highest levels of debt leverage.