Please ensure Javascript is enabled for purposes of website accessibility
Log In Help Join The Motley Fool
Free Article Join Over 1 Million Premium Members And Get More In-Depth Stock Guidance and Research
By Jim Halley – Jun 5, 2020 at 6:47AM

These three companies dominate the industry, and all provide growth with a nice dividend.

Major medical distributors are up for the year, on average easily surpassing the S&P 500. The industry's big three -- McKesson (MCK 2.02%), AmerisourceBergen (ABC 2.94%), and Cardinal Health (CAH 1.93%) -- have an advantage of scale that make them great long-term ideas for anyone looking for a solid investment. Here's why.

You can't overlook their dividends

All three have solid dividends. McKesson has raised its quarterly dividend for seven consecutive years, bumping its quarterly payout 5% this year to reach $0.41 per share. It has a 1% yield -- less than the S&P average of about 2%, but still solid -- and a conservative 11% payout ratio over the trailing 12 months (TTM). 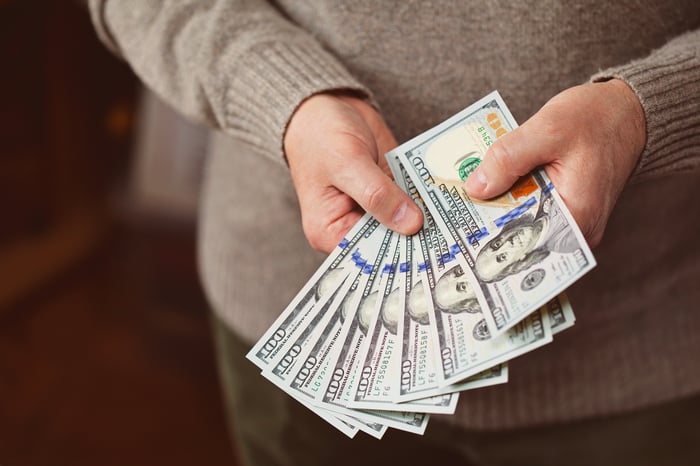 Cardinal has seen 15 consecutive years of dividend growth. The company just raised its quarterly dividend by 25% to $0.48 per share, giving it a nice yield of 3.5% with a sustainable payout ratio of 36.4% (TTM).

AmerisourceBergen also has 15 years of consecutive dividend growth. It raised its quarterly dividend 5% this year to $0.42 per share with a yield of 1.7%. Like McKesson, it has a conservative payout ratio: 23.7% (TTM).

McKesson has had a huge year

AmerisourceBergen may be the best bargain

AmerisourceBergen, located in Valley Forge, Pa., is trading at about $99, up 13.6% since the start of the year and reaching new 52-week highs.

It's still a bargain, though, if you look at the company's most recent earnings. In the second quarter, revenue was $47.4 billion, 9.5% above the same quarter last year. Under Generally Accepted Accounting Principles (GAAP), diluted earnings per share came in at $4.64, a dramatic 3,470% jump from the same quarter in 2019. The company is in a strong cash position with $3.69 billion on the books.

Cardinal Health, located in Dublin, Ohio, is the smallest of the big three, and it has had more modest -- but solid -- growth this year.

In the third quarter, Cardinal reported revenue of $39.2 billion, up 11% over the same quarter in 2019. This was driven in large part by its pharmaceutical segment, which had $35.1 billion in revenue, up 12% from last year. Its medical segment had revenue of $4.1 billion, a 5% rise.

Cardinal's consolidated operating earnings were $719 million, an increase of 8%. Its diluted earnings per share attributable to Cardinal were $1.19, up 20% from 2019.

Despite expecting more coronavirus headwinds in the fourth quarter, the company is sticking with its full-year guidance of non-GAAP diluted earnings per share between $5.20 and $5.40.

With this trio, it's hard to make a bad decision

An investment in any of these three companies on Jan. 1 would have netted you at least 10% and possibly as much as 18% this year. If you bought in during late February or early March, you would likely have seen a bigger rise.

Of the three, Cardinal may be the best priced, with a price-to-earnings (P/E) ratio of 10.6. Amerisource Bergen is also well-priced, with a P/E of just less than 13. McKesson's stock has had the best run so far of the three, but its P/E of 31.8 shows it to be a little pricier. With the added bonus of a solid dividend, all three look like nice long-term plays.