A big casino in Asia operated by Las Vegas Sands (NYSE:LVS) is drawing scrutiny from a powerful regulator. According to an article published on Thursday by Bloomberg, citing a copy of a subpoena it had access to, the subsidiary that owns the company's Marina Bay Sands is being investigated for lapses in its anti-money laundering controls.

In January, Marina Bay Sands Pte's former head of compliance was issued a subpoena by the U.S. Department of Justice (DOJ). It sought information on possible facilitation of money laundering, and breaching of internal financial controls through junkets and the provision of credit. Citing "people familiar with the matter," Bloomberg said that an investigation is likely in the early stages, at this point only probing for information. 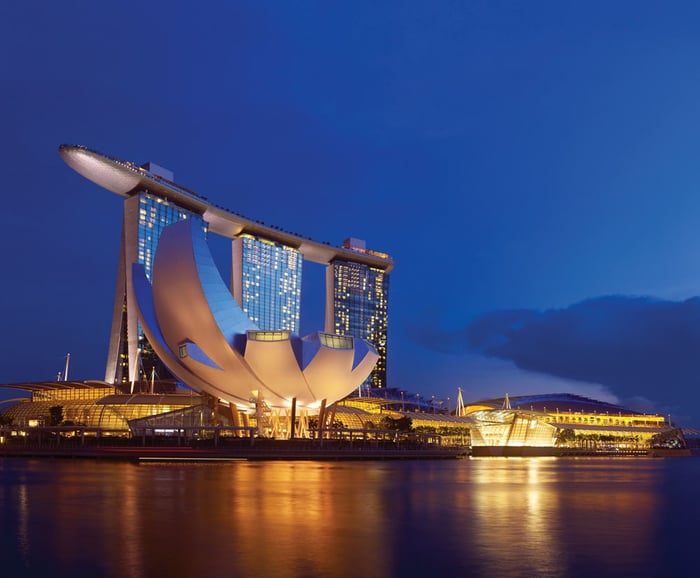 The U.S. Attorney's Office in Las Vegas refused to comment on Bloomberg's findings. Representatives from the casino told the news agency that it has investigated all allegations of malfeasance presented to it, and that it has not received any DOJ requests.

The American regulator is not the only government entity eyeing Marina Bay Sands' operations. Singapore's Casino Regulatory Authority has been investigating its money transfer policies, Bloomberg wrote. Neither the casino nor Las Vegas Sands as its corporate parent has commented on this probe.

As with other casino companies, Las Vegas Sands has been straining under the weight of the SARS-CoV-2 coronavirus outbreak, which has decimated its business. Along with its peers, it began reopening its properties recently, accepting reservations for its Venetian casino resort in Las Vegas starting on June 1.

On Friday, Las Vegas Sands shares lagged behind both the major stock indexes and many fellow consumer goods titles. They rose by 1.2% on the day.