Please ensure Javascript is enabled for purposes of website accessibility
Log In Help Join The Motley Fool
Free Article Join Over 1 Million Premium Members And Get More In-Depth Stock Guidance and Research
By Will Healy - Jun 5, 2020 at 7:03AM

The company continues to embrace the future of gaming.

Activision Blizzard's (ATVI 0.63%) long-term franchises have made it tops in the video game industry, eclipsing its peers Electronic Arts and Take-Two Interactive in market cap.

Evolving platforms and emerging game companies abroad have spawned new competition, forcing Activision investors to assess where they think the company can go over the next five years. But thanks to the growth in gaming, as well as the company's move to adapt, Activision Blizzard stock should prosper for years to come.

Former game developers from Atari founded Activision Publishing in 1979. At that time and for decades after, their games revolved primarily around game consoles. 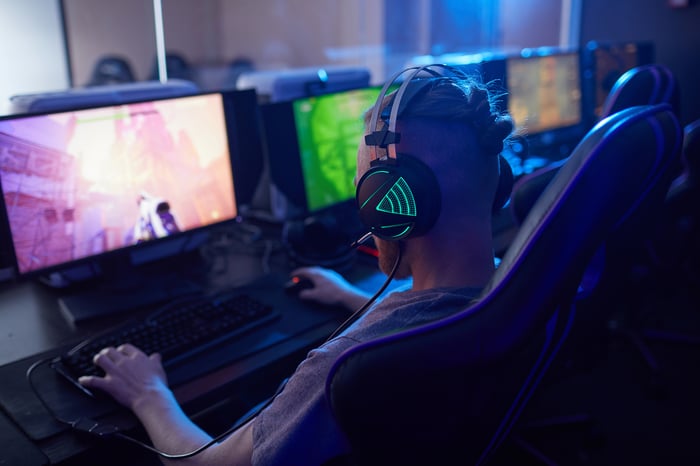 More recently, cloud gaming has also attracted more interest. As a result, Activision has had to either compete against or work with established tech companies such as Alphabet and Tencent Holdings that have helped to drive this concept. Moreover, serious gamers, as well as those who participate in competitive gaming, prefer more-powerful gaming PCs.

These divergent interests appear poised to make gaming a different industry five years from now. Although consoles may not completely disappear, they seem increasingly obsolete.

How Activision has adapted

Fortunately for Activision Blizzard shareholders, the company has pushed many of these changes. It has played a crucial role in competitive gaming by creating the Overwatch League for professional competitions. This had led to TV deals such as an agreement with Disney's ESPN to televise matches. In some markets, the industry has built arenas like Esports Stadium Arlington in Arlington, Texas, to host live competitions.

The stock has responded positively to these changes. Over the last five years, Activision Blizzard shares have risen by nearly 189%. They still sell for approximately 15% less than their peak in 2018. But the stock suffered after an earnings decline in 2019. Now, as the profit picture continues to improve, Activision appears positioned to eventually rise to its all-time high of $84.68 per share and perhaps beyond. 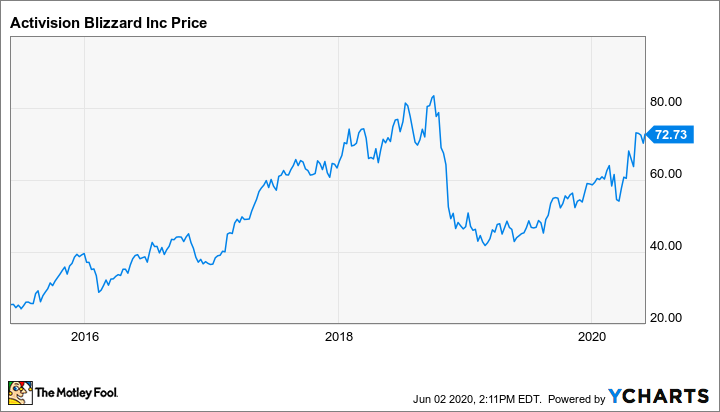 The numerous changes in the industry affect the financial picture for the company. Activision Blizzard stock currently trades at a forward P/E of just above 30. Analysts forecast earnings increases will come in at just under 23% per year on average. This growth rate may attract new buyers at the current multiple.

Moreover, a rising interest in gaming will probably drive much of this growth. According to Research and Markets, the industry should benefit from a 12% compound annual growth rate (CAGR) between 2020 and 2025.

The way Activision Blizzard earns revenue may also play a significant role in the company's growth. In the past, the company only brought in revenue when customers purchased a game. This often hinged around lucrative franchises such as Call of Duty or Doom.

But over the next few years, Overwatch League competitions should account for an increased revenue share. Not only can that draw live audiences, but the company can also profit from selling media rights and entering into sponsorship deals.

Thanks to growth in gaming and the company's move to adapt, Activision stock should move higher over the next five years. Given the level of forecast profit growth, the P/E multiple would probably have to rise well above 30 before new investors soured on the valuation. If the average earnings increases of nearly 23% per year materialize, Activision stock could double by 2025.

Whatever happens, the industry will look substantially different. The consoles on which the industry has depended for decades appear increasingly redundant. Today, gamers tend to prefer the convenience of device-based gaming or the power that comes from gaming PCs.

Fortunately, the company has positioned itself to capitalize on both of these trends. And because revenue increases will depend less on new game releases, Activision stock may not only rise in value but also benefit from a more consistent revenue stream.