The company's share price has climbed roughly 23% year to date despite headiwinds for the industrial sector.

Shares of Proto Labs (PRLB 0.11%) gained 24.4% in May, according to data from S&P Global Market Intelligence. The company's valuation dipped early in the month, but the stock rallied amid momentum for the broader market, excitement surrounding a potential breakthrough in the 3D-printing industry, and investment in a new production facility. 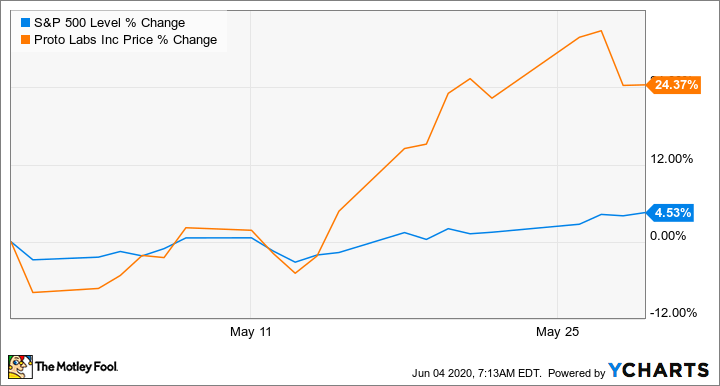 Proto Labs reported first-quarter results on April 30, posting non-GAAP (adjusted) earnings of $0.61 per share and sales of $115.1 million. The Q1 results topped the market's expectations, but the earnings release was paired with news that the novel coronavirus had resulted in a substantial business decline in April. Shares dipped early in May, but the stock recovered in conjunction with gains for the broader market and optimism surrounding a new resin technology that could boost momentum for 3D printing. 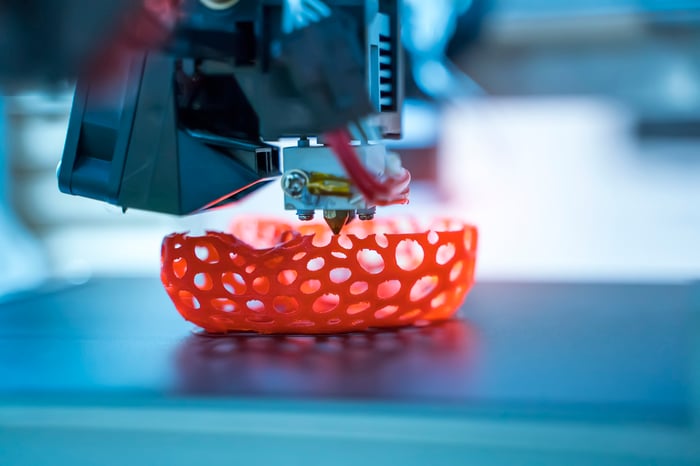 Excitement for a new foam resin that has the capability to expand up to 40 times its initial volume after heat-induced ultra-violet treatment took hold in the 3D printing industry in May. Part production being limited by printer sizes has been a significant impediment to the growth of 3D printing, and the new foam-resin technology could allow printers to produce parts that are substantially larger.

The 3D Printing ETF, which combines 52 different stocks from the industry into a fund, climbed roughly 11% in the month, and Proto Labs appears to have benefited from the momentum. The stock likely also got a boost from news that the company had invested 10.5 million British pounds in a new 3D-printing facility that's expected to improve production capacity in the category by 50%.

Proto Labs stock has dipped roughly 1% so far in June trading despite a rally for the broader market. 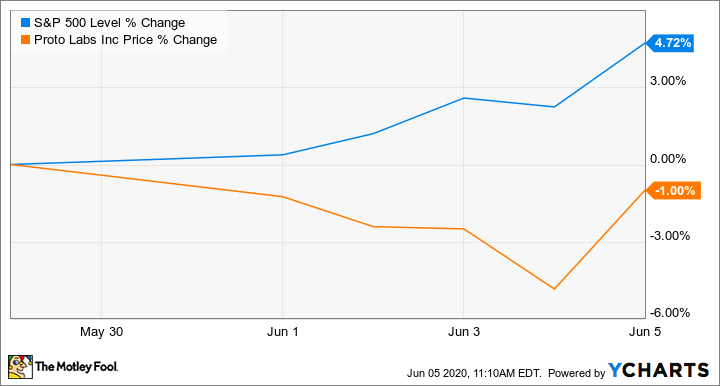 3D printing accounted for just 14% of Proto Labs sales in the first quarter, but it's the company's fastest-growing segment, and the business is positioned to benefit if demand for the technology accelerates.