Please ensure Javascript is enabled for purposes of website accessibility
Log In Help Join The Motley Fool
Free Article Join Over 1 Million Premium Members And Get More In-Depth Stock Guidance and Research
By Keith Noonan – Jun 6, 2020 at 10:49AM

The semiconductor stock has recovered from sell-offs in the first quarter of 2020, and it's now up 12.6% year to date.

Shares of Skyworks Solutions (SWKS -1.37%) gained 14.1% in May, according to data from S&P Global Market Intelligence. The stock gained ground early in the month following the company's second quarter earnings release, and it continued to climb thanks to momentum for the broader market. 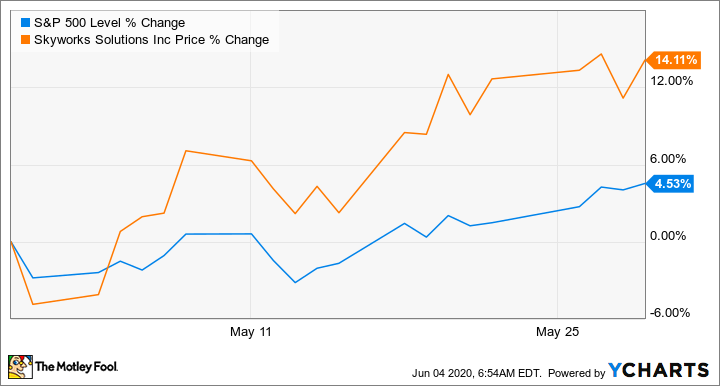 Skyworks published second quarter results on May 4, reporting sales and earnings that came in ahead of the market's targets. The company posted non-GAAP (adjusted) earnings per share of $1.34 on sales of $766 million for the period, while the average analyst target called for per-share earnings of $1.33 on revenue of $757.78 million. 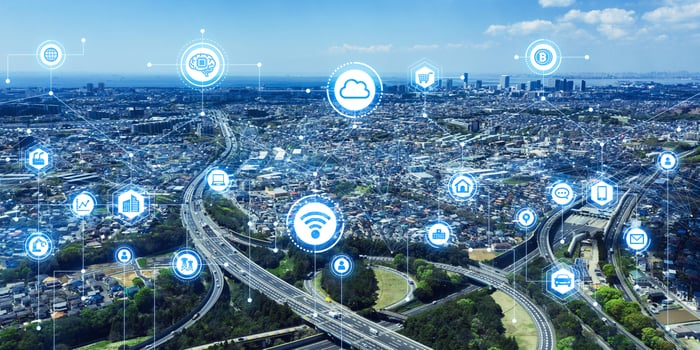 Skyworks reported encouraging momentum for its 5G and Wi-Fi 6 chip solutions in the second quarter, and it highlighted product strength in categories including automotives, security systems, patient monitoring systems, and mobile hot spots. Management also reported that it had received permission from the Mexican government to resume operations at the company's important Mexicali production facility at the end of April. The reopening followed a temporary closure that had been implemented in order to stem the spread of the novel coronavirus, and resuming operations at the facility significantly improved the company's supply chain outlook.

Skyworks stock has seen more big gains in June's trading. Shares are up roughly 15% in the month so far. 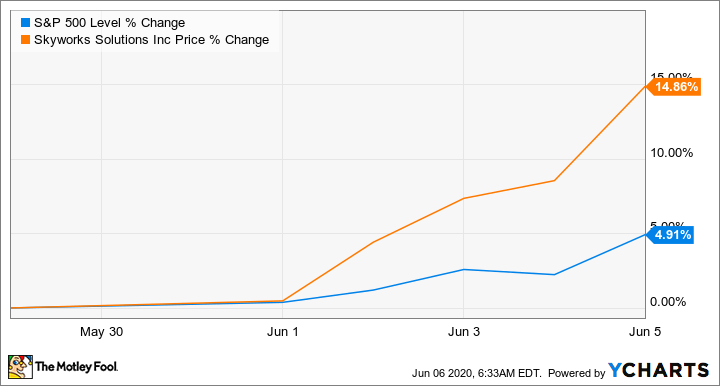 The company is guiding for third quarter revenue between $670 million and $710 million and adjusted earnings per share of $1.13 if sales come in at the midpoint of its target.