Please ensure Javascript is enabled for purposes of website accessibility
Log In Help Join The Motley Fool
Free Article Join Over 1 Million Premium Members And Get More In-Depth Stock Guidance and Research
By John Ballard – Jun 7, 2020 at 9:00AM

One study supports the notion of continued strong momentum for the video game industry.

Leading game companies reported a significant increase in engagement during the most recent quarter with people staying home amid the COVID-19 pandemic. Take-Two Interactive (TTWO 3.48%) called its engagement levels "exceptional" as GAAP revenue and earnings climbed 16% and 21%, respectively, for fiscal 2020.

However, Take-Two is not forecasting any continued strength in player engagement beyond the fiscal first quarter, since no one knows how long people will keep playing video games at these elevated levels once the economy fully reopens.

One analyst asked management during the May 20 conference call about the recent engagement trend and how sustainable it is. CEO Strauss Zelnick pointed to a recent study by Activate, a media consulting firm, that shows time spent with interactive entertainment could grow faster than time on linear forms of entertainment, such as movies and TV, in a post-COVID-19 world. 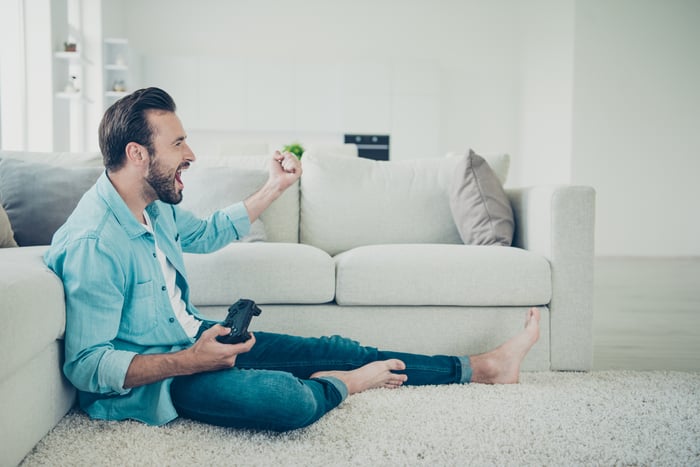 Activate's research sheds light on why recurrent consumer spending was so high. The time spent in video games across the industry increased 39% during the shelter-in-place period. But video games trailed the growth in linear entertainment, where time spent increased 43%.

But here's the most important finding of Activate's research that Zelnick referenced. The study shows that once the COVID-19 pandemic is over, time spent in video games could decelerate to a growth rate of 14%, but that is higher than the expected rate for linear entertainment of 8%.

Zelnick called the shift toward video games a "sea change" in the interactive entertainment industry. During the call, he explained that during the pandemic, former players returned to gaming and new people started to play too:

And they realized not only it's beautiful, not only it's engaging, not only is it fun and potentially competitive depending on the game, not only are they great stories and characters, but you can also be engaged with friends and communities all around the world.

This comment summed up the main reasons why the amount of money spent on video games has doubled since 2012. The reference to the "beautiful" visuals is spot on. A game like Red Dead Redemption 2 is a great example. The game has striking graphics fidelity, which can be enough on its own to attract players. The game has sold 30 million units since its launch in the fall of 2018. 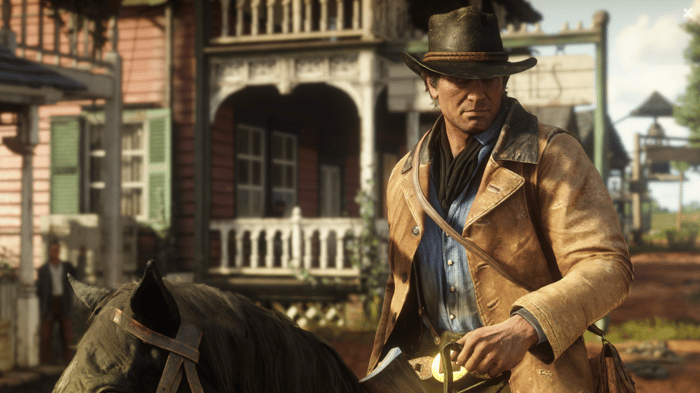 The other factor Zelnick mentioned that will continue to drive the growth in the industry is the social connection during gameplay. Grand Theft Auto V has sold 130 million units since 2013 and continues to be one of Take-Two's top moneymaking titles. Grand Theft Auto V's success is largely based on the multiplayer mode, Grand Theft Auto Online, which serves as a virtual sandbox for players to complete missions together. Take-Two's Rockstar Games, the creator of the Grand Theft Auto franchise, continues to release new content for the game, which has kept it a fresh gaming experience for six years -- an eternity in the gaming industry.

Take-Two has a bright future with the deepest pipeline in its history. Management announced as many as 93 new titles in various stages of development. The releases on tap this summer are Disintegration, a new science-fiction shooter; the Mafia: Trilogy remake; and PGA Tour 2K20.

As stores reopen and people return to a normal routine, the next quarter will tell us more about engagement in video games. But if the findings of the Activate study prove true, it would just provide a big tailwind to what should already be a promising decade ahead for Take-Two.