Please ensure Javascript is enabled for purposes of website accessibility
Log In Help Join The Motley Fool
Free Article Join Over 1 Million Premium Members And Get More In-Depth Stock Guidance and Research
By Keith Noonan – Updated Jun 7, 2020 at 10:43AM

The security company's first quarter results came in much different than the market expected, but the performance wasn't the driving factor in the stock's gains.

Shares of ADT (ADT 2.57%) gained 23.6% in May, according to data from S&P Global Market Intelligence. The stock climbed following the company's first quarter earnings release early in the month, but it appears that momentum for the broader market was the primary catalyst for last month's gains. 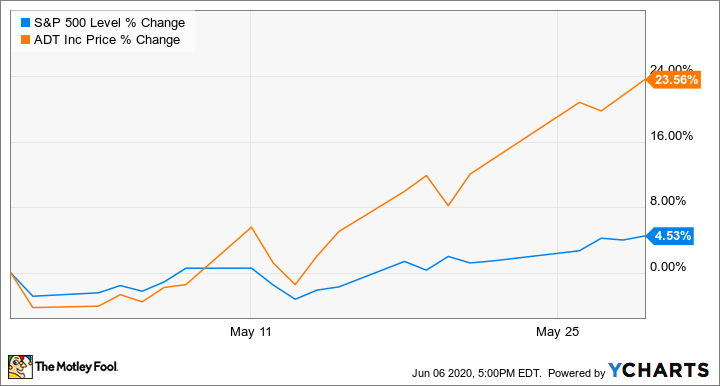 ADT released first quarter results on May 7, posting revenue that topped the market's expectations and earnings that came in significantly lower than anticipated. The company reported a non-GAAP (adjusted) loss per share of $0.09 on sales of $1.37 billion, while the average analyst target had called for adjusted earnings of $0.17 per share on revenue of $1.23 billion. 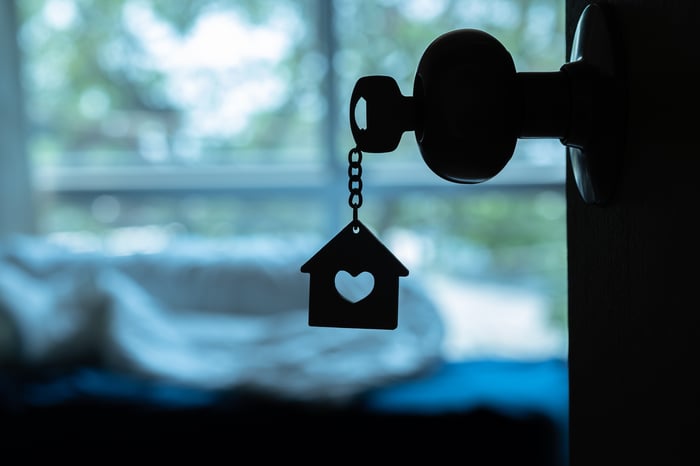 ADT's first quarter revenue climbed 10% year over year, but its net loss for the period expanded to $300 million -- up from a loss of $66 million in the prior-year period.

The company posted significant sales growth in the quarter despite having sold off its Canadian business unit in November. ADT completed its acquisition of the Defenders security retail business in January, and the integration of the new unit was a key factor in both the sales growth and widening net loss in the first quarter.

The release of the company's first quarter results corresponded with a small bump for the stock, but the recovery taking place across the broader market seems to have been the main factor in May's performance. ADT's big gains last month followed a 32.6% increase for the company's share price in April.

ADT stock has continued to rally in June's trading, with shares up roughly 18.2% in the month so far. 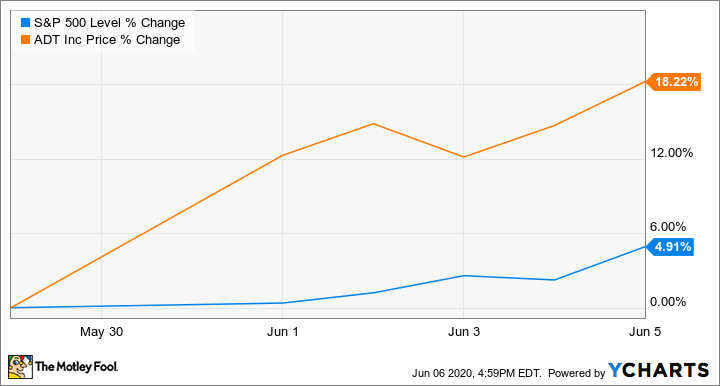 ADT stock is valued at roughly eight times the average analyst target for this year's earnings, 1.25 times expected sales, and has a dividend yield of roughly 1.7%.

Can ADT Make Collaborators Out of Its Competition?

Debt Becomes a Major Drag on Earnings for ADT

What Investors Need to Know About ADT Stock