Shares of the fintech company rose on better-than-expected first quarter results and hope for an economic reopening.

Shares of Green Dot (GDOT -2.88%) rose 25.2% in May, according to data from S&P Global Market Intelligence. The financial technology "banking-as-a-service" (BaaS) company saw its share price rise as investors began to price in better economic activity.

In addition, the company released its first quarter earnings report during the month, which came in ahead of analyst expectations. The company is also now armed with a new CEO after an activist investor bought into Green Dot earlier this year. 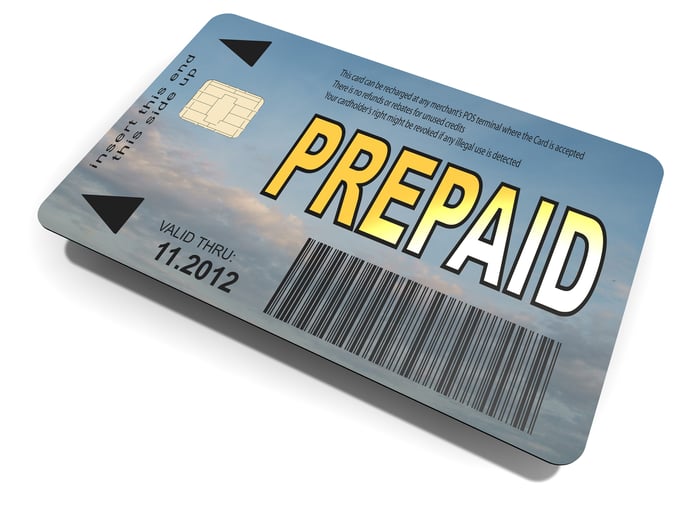 During the first quarter, Green Dot saw revenue grow 6.3%, despite being affected by the coronavirus; however, adjusted (non-GAAP) net income was $60.4 million, down materially from the $82.5 million earned in the year-ago quarter. Still, both of those figures came in ahead of analysts' more pessimistic expectations. Strength came on the back of increased processing of tax refunds over the prior year, leading to unexpected outperformance.

As the economy has shown some early signs of reopening and recovery from the coronavirus, more and more investors are betting on seeing financial and fintech companies recover through increased usage of card products such as the ones Green Dot sells. Increased economic activity could also lead to higher interest rates -- at least relative to the current rock-bottom rates seen in the market -- which could help Green Dot's interest income on cash balances.

Green Dot has a brand new CEO in Dan Henry, who was appointed on March 25. Henry is an experienced finance executive, having recently been the CEO of Netspend, which also provides prepaid debit cards, as Green Dot does. The appointment came after activist investor Starboard Value took a 9% stake in Green Dot back in February during its leadership transition.

Despite its recent recovery, Green Dot is still over 20% below its 52-week highs, and less than half the price of its all-time highs set back in 2018. While continued recovery is by no means assured, an involved activist investor and new CEO could portend a continued recovery this year.