Please ensure Javascript is enabled for purposes of website accessibility
Log In Help Join The Motley Fool
Free Article Join Over 1 Million Premium Members And Get More In-Depth Stock Guidance and Research
By Matthew Frankel, CFP® – May 31, 2020 at 6:47AM

Some of the most successful investors in the world have loaded up on these three beaten-down stocks recently.

While it's typically not a good idea to buy a stock just because a billionaire investor did, keeping track of what the most successful investors are buying and selling can be a great source of investing ideas.

We recently got a look at the stocks the world's richest investors and hedge funds were buying in the first quarter through their latest SEC filings. Three particularly interesting stocks that billionaires decided to buy were Green Dot (GDOT -1.88%), PNC Financial (PNC -3.02%), and Howard Hughes Corporation (HHC -5.03%), and why they might have decided to pull the trigger. 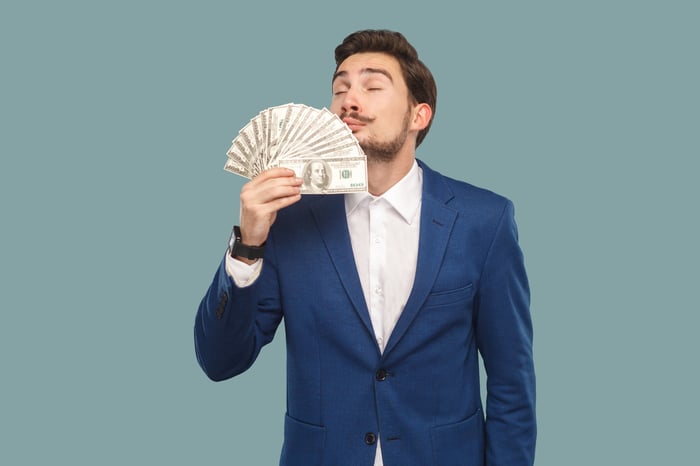 Green Dot, a fintech company that is best known for prepaid debit cards, has been one of the worst performing financial sector stocks over the past year or so. In a nutshell, its legacy prepaid business is declining, thanks to increasing competition and alternative payment methods like Venmo and Cash App. And the company's banking as a service, or BaaS, business is doing well, but hasn't realized anything close to its true potential.

So, activist investment fund Starboard Value LP, run by Jeff Smith, announced in February that it had built a 9% stake in Green Dot.

Typically, when Starboard buys a significant stake in a business, it indicates that it plans to push for leadership changes, and that was certainly the case here. Founder and former CEO Steve Streit had stepped down in December, and in late March, former Netspend CEO Dan Henry and chairman of Paysign (PAYS -7.17%) was appointed to the CEO role at Green Dot, replacing the interim CEO that had been filling Streit's shoes.

In a nutshell, Henry has a proven track record of successful leadership in the fintech space, and Starboard seems excited to see what he can do at Green Dot.

When Berkshire Hathaway (BRK.A -2.96%) (BRK.B -3.12%) released its first quarter earnings, investors were largely disappointed at the lack of stock buying that took place in the first quarter. While many had hoped to learn that Buffett and his team put billions to work during the market crash, the opposite was true -- Berkshire was a net seller of stocks and the company's cash hoard had grown to its highest level ever.

One notable exception was PNC Financial. The bank was already part of Berkshire's portfolio, but the stake was increased by 6% during the first quarter.

While we don't know exactly why Buffett decided to add more PNC, we do know that Buffett generally loves the banking business. PNC had been trading for a sharp discount to its book value for the latter part of the quarter, and at just over 2% of the outstanding stock and less than $1 billion, PNC was a relatively small bank holding (by Berkshire standards). And, the bank has a strong track record of growth and responsible lending.

If you're not familiar, Howard Hughes Corporation is a developer of master-planned communities, or MPCs. These are large tracts of land that are much more than just a residential development. Just to name one example, Howard Hughes' Woodlands community outside of Houston is 28,475 acres in size, is home to 118,000 people and nearly 2,200 employers. There is a total of 4 million square feet of office space, numerous retail centers, and hotels with more than 900 rooms.

In a nutshell, a master-planned community is essentially a self-contained small city.

Here's a simplified explanation of how the business works. Howard Hughes acquires a large parcel of land and sells a small amount of it to residential developers, who build houses. The presence of these homes creates demand for offices, retail properties, and more, which Howard Hughes builds and collects rental income. These amenities make the remaining land even more valuable, so the company sells a little more to homebuilders, and this cycle repeats for decades.

The COVID-19 pandemic has caused Howard Hughes' stock to plunge. Not only are many retail and hotel tenants closed, but much of the company's office properties are occupied by oil companies. Because of liquidity concerns, management decided to sell new shares to raise capital. And activist investor (and Howard Hughes' chairman) Bill Ackman bought most of them. After the recent purchases, Ackman now owns or controls about 30% of Howard Hughes Corporation. Ackman has always seen tremendous value in Howard Hughes, and it's fair to say that when the opportunity presented itself to buy 10 million shares for roughly one-third of their 52-week high, it could have been too attractive for Ackman to pass up.

Should you buy any of them?

Again, don't buy stock in any company just because a billionaire did. It's still important to due your own research and make sure that a stock is a good fit for your investment objectives and risk tolerance. Having said that, the fact that these stocks were attractive enough to get massive investments could tell us that they're worth a closer look.