Investors are excited about the biotech's potential.

Shares of BioCryst Pharmaceuticals (BCRX 3.39%) increased 15% in May, according to data provided by S&P Global Market Intelligence, as investors jump in ahead of the potential launch of berotralstat as a treatment for hereditary angioedema in the U.S., Japan, and the EU, as well as a readout for galidesivir as a treatment for COVID-19.

Berotralstat is under review by the Food and Drug Administration, with a decision expected on or before Dec. 3. Regulators in Japan are expected to make a decision in the second half of 2020, and a decision from regulators in the EU is expected in early 2021.

A clinical trial for galidesivir is currently under way in Brazil. The study will initially enroll 24 hospitalized patients with COVID-19, testing three different doses of the drug. After that part is complete, the biotech plans to enroll an additional 42 patients testing the best dose found in the first part of the study.

On the company's quarterly conference call last month, Jon Stonehouse, BioCryst's president and CEO, said it was hard to predict a timeline for when investors could expect data from the clinical trial but noted that the company is "doing as much as we can to move it as quickly as we can." 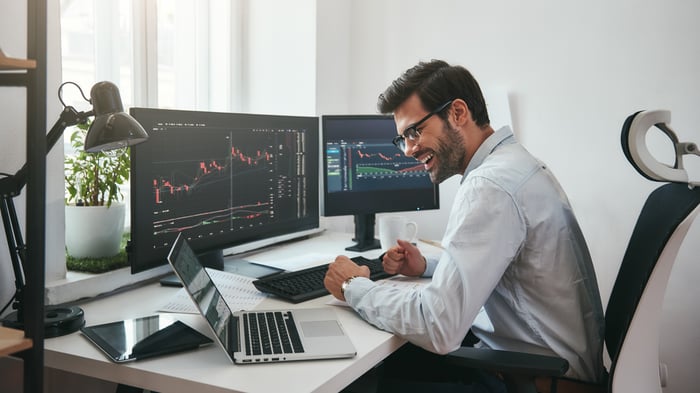 BioCryst took advantage of the increased stock price and raised $100 million toward the end of the month. The secondary offering put pressure on the share price, but it was still a smart move to raise additional capital to support the launches of berotralstat and potentially help accelerate the development of galidesivir if the initial clinical trial data is promising.