Shares of non-essential retailers were moving higher as investors continue to bet on the recovery.

Shares of Macy's (M -1.07%), Kohl's (KSS -0.75%), and Bed Bath and Beyond (BBBY -1.62%) were all moving higher today as investors continue to rotate out of "coronavirus stocks," including tech stocks that have done well during the crisis, and into beaten-down stocks that have sold off sharply and are now seen as recovery plays. Investors are responding to a wide range of data points that show the economy is recovering, and Americans are returning to their normal shopping and spending habits. That points to upside potential in companies like non-essential retailers as investors expect pent-up demand to drive the recovery in those businesses. 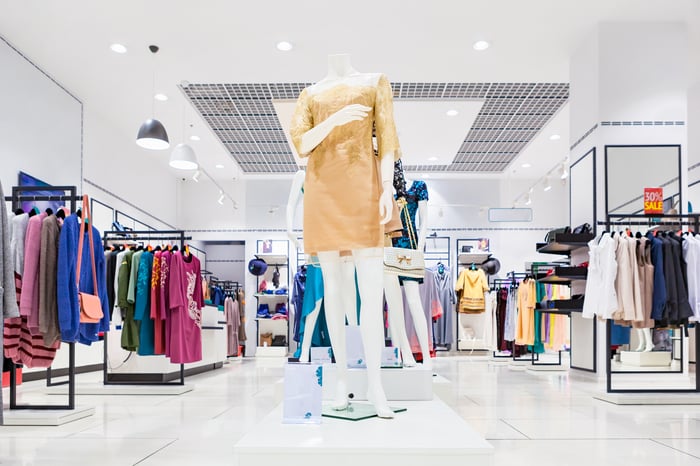 On Friday, the unemployment report for May showed a surprising decline in the unemployment rate from 14.7% to 13.3%, while the U.S. economy added 2.5 million jobs. Economists, on the other hand, had expected the unemployment rate to spike to 19.5%. Instead, the wave of reopenings produced more jobs than were lost from ongoing layoffs, and that trend is likely to continue as the economy continues to reopen.

Today, New York City, the epicenter of the COVID-19 pandemic in the U.S., began phase one of its reopening, allowing retailers to provide curbside pickup, and for non-essential construction, manufacturing, and wholesale trade companies to get back to work. Over the weekend, Las Vegas casinos also reopened to large crowds, a further sign that Americans are eager to return to life as normal.

Retail chains, including TJ Maxx parent TJX Companies and Michaels, have also reported an increase in sales at reopened stores. Meanwhile, Macy's said in an announcement in May that sales at reopened locations had been moderately higher than expected, and it expects most of its stores to be open by June.

With the recent rioting and looting in some cities, these companies have faced an additional challenge to reopening, but that has not interrupted the stocks' steady gains as the market believes the recovery remains on track.

As the chart below shows, all three of these stocks have begun to recover in recent weeks, but they have a significant way to go to recoup their losses during the pandemic. 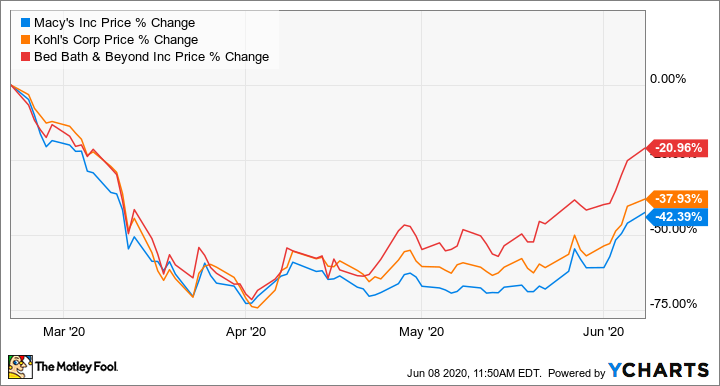 That doesn't mean a full recovery is guaranteed, of course. These companies were facing challenges before the pandemic, including competition from online retailers and an increasingly outdated business model. Bed Bath and Beyond was in the midst of a full-on turnaround guided by new CEO Mark Tritton, and the challenges of the pandemic have added to these companies' debt burdens.

Nonetheless, optimism is carrying the current mood on Wall Street, and until that changes, these stocks are likely to continue gaining.

We'll learn more tomorrow, when Macy's posts some preliminary earnings results and CEO Jeff Gennette participates in a virtual conference, "The New Retail Ecosystem," hosted by Cowen. Investors should expect to learn some details on the current customer response to reopenings and what Gennette sees going forward.