Please ensure Javascript is enabled for purposes of website accessibility
Log In Help Join The Motley Fool
Free Article Join Over 1 Million Premium Members And Get More In-Depth Stock Guidance and Research
By Keith Noonan – Jun 8, 2020 at 11:34AM

The AI company posted better-than-expected quarterly results, and its stock is now up roughly 26% year to date.

Shares of Nuance Communications (NUAN) gained 13.3% in May, according to data from S&P Global Market Intelligence. The stock rose following the publication of the company's second-quarter results, and it benefited from momentum for the broader market as the month progressed. 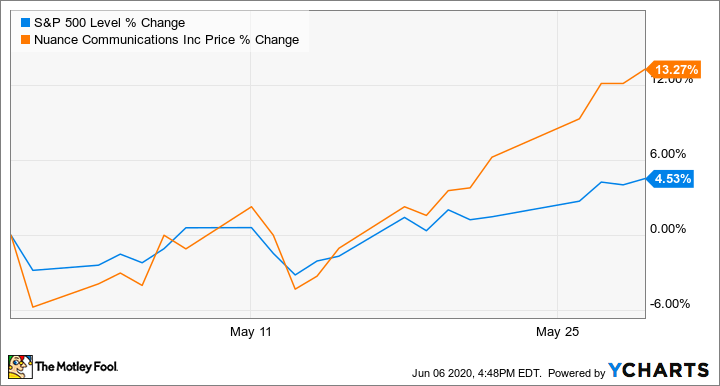 Nuance published second-quarter results on May 7, topping the market's expectations. The company posted adjusted earnings per share of $0.21 on sales of $369.5 million. The average analyst estimate had called for EPS of $0.17 on revenue of $351.56 million. 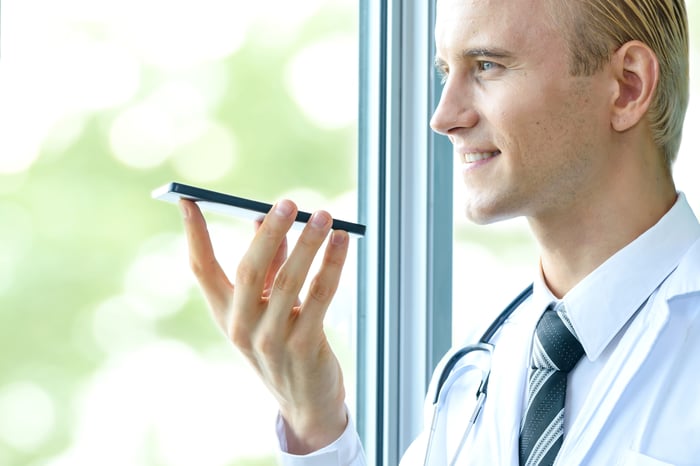 Nuance reported 46% year-over-year revenue growth for its Dragon Medical cloud platform, with sales from the segment reaching $67.6 million. Management also highlighted momentum for new cloud-based solutions including PowerScribe One and CDE One. Revenue from the company's hosting segment declined roughly 15% year over year to land at $46.2 million.

Nuance also bought back 3.8 million shares and paid down $170 million in debt in the quarter. But management noted that conditions created by the coronavirus were making adding new customers more difficult, and it paired its second-quarter results with lowered full-year targets.

Nuance stock has slipped slightly in June's trading. The stock is down roughly 2% in the month so far. 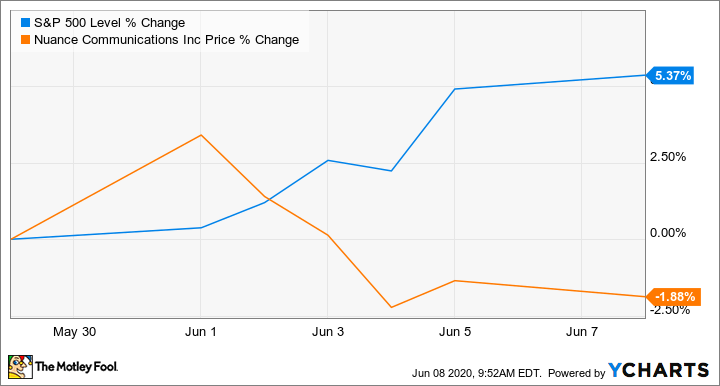 In conjunction with its second-quarter report, Nuance updated its full-year performance targets. The company now expects adjusted revenue between $1.405 billion and $1.485 billion, down from its previous target for adjusted sales between $1.495 billion and $1.535 billion. Nuance lowered its growth target for annualized recurring revenue to between 13% and 21% year over year, down from its previous target between 26% and 34%.

Adjusted earnings per share for the year are now projected to be between $0.75 and $0.86, down from the previous target between $0.82 and $0.90. Management had previously targeted annual free cash flow between $250 million and $290 million, but it withdrew the target and opted not to issue new guidance.