Please ensure Javascript is enabled for purposes of website accessibility
Log In Help Join The Motley Fool
Free Article Join Over 1 Million Premium Members And Get More In-Depth Stock Guidance and Research
By Keith Noonan – Jun 8, 2020 at 8:51AM

The enterprise software company has bounced back from big sell-offs and is now up roughly 15% year to date.

Shares of Paylocity Holding (PCTY -2.03%) gained 13.5% in May, according to data from S&P Global Market Intelligence. The stock jumped following the release of the company's third-quarter results, and it closed out the month with further gains thanks to momentum for the broader market. 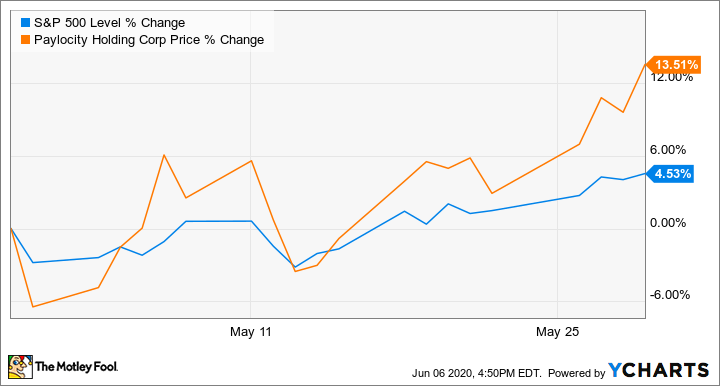 Paylocity published its third-quarter results on May 7, delivering sales and earnings that came in ahead of the market's expectations. The company posted non-GAAP earnings per share of $0.83 on revenue of $171.64 million, topping the average analyst estimate for per-share earnings of $0.69 on sales of $164.76 million. 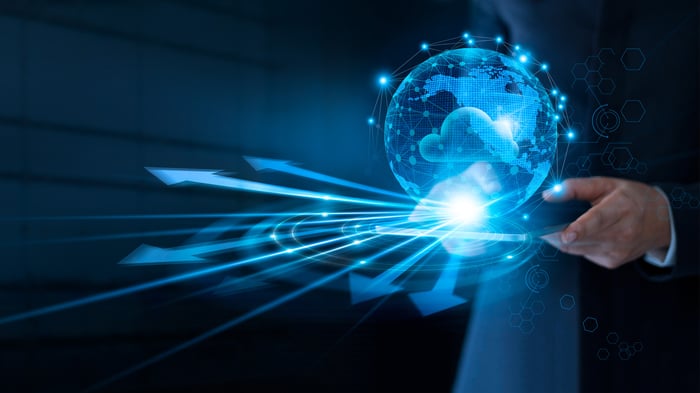 Paylocity's "recurring and other revenue" segment grew sales 25% year over year to hit $167.1 million and helped push total revenue for the period up 23% compared to the prior-year period. Strong performance from the company's sales and marketing team helped secure new contracts for the business' payroll and human resources software and spurred a big earnings beat in the third quarter. However, headwinds related to the novel coronavirus pandemic prompted the company to lower its full-year performance targets.

Paylocity stock has continued to climb early in June's trading. Shares are up roughly 6.5% in the month so far. 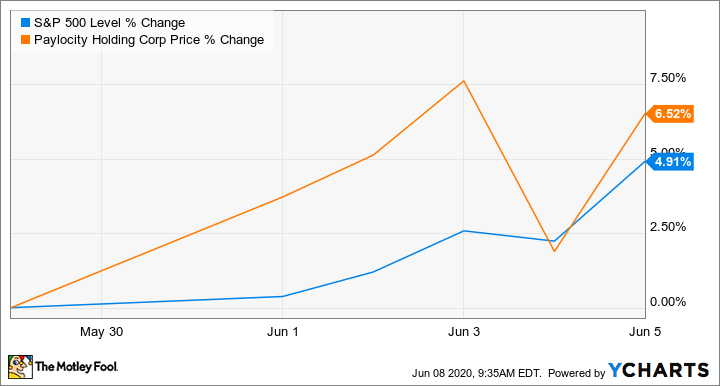 Paylocity is guiding for fourth-quarter revenue to be between $121 million and $131 million, representing 5% growth year over year at the midpoint of the target. Adjusted EBITDA for the period is expected to come in between $14 million and $22 million.

Paylocity is scheduled to present at the annual William Blair Growth Stock Conference on June 10.

The company is valued at roughly 82 times this year's expected earnings and 13.3 times expected sales.