This huge licensing deal should accelerate the company's growth.

Shares of Spotify (SPOT -3.36%) soared 19.4% in April, according to data from S&P Global Market Intelligence.

During May, the big news for Spotify was its announcement that it had signed The Joe Rogan Experience (JRE) podcast to a multiyear exclusive licensing deal. This is really big because JRE "has long been the most-searched-for podcast on Spotify and is the leading show on practically every other podcasting platform," according to Spotify. 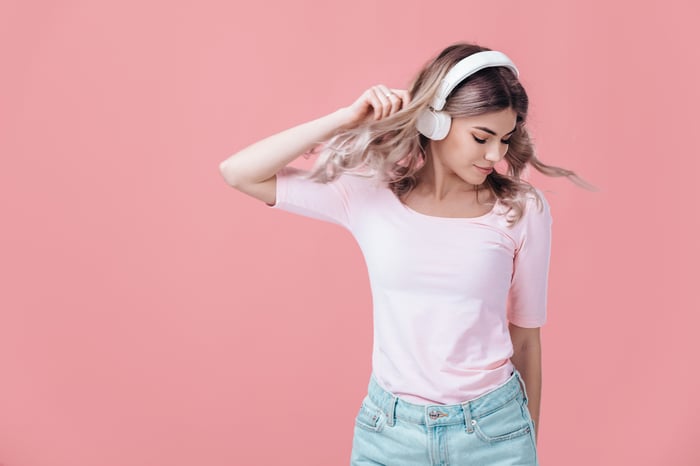 The show is going to make the move over to Spotify on Sept. 1, and it will remain free for all Spotify users whether they are premium subscribers or listen to the free ad-supported offering. And sometime later this year, JRE will drop off from competing podcasting platforms and become exclusive to Spotify.

This news is a huge win for Spotify as it continues to invest in building out its podcasting content and platform. Podcasting is one of the company's major initiatives to diversify its business away from music streaming, which has relatively low profit margins for the company due to the large royalty payments it is required to remit to the music rights holders.

The larger Spotify becomes as a podcasting platform, the more listeners will access the growing library of Spotify-owned content. That's key because the advertising revenue on owned content should be very profitable, especially as the platform continues to grow. Ad revenue from every incremental listener doesn't come with many associated costs.

Over the long term, the company's podcasting initiative should grow to become a larger percentage of revenue, which should help boost gross margins and overall profitability.

Just as important, Spotify has a huge runway to grow users and premium subscribers in the years ahead. It has 286 million monthly active users, including 130 million premium subscribers, which sounds like a lot but is still a small fraction of the billions of potential users around the world. Investors should expect Joe Rogan to accelerate that growth.