Please ensure Javascript is enabled for purposes of website accessibility
Log In Help Join The Motley Fool
Free Article Join Over 1 Million Premium Members And Get More In-Depth Stock Guidance and Research
By Howard Smith – Jun 9, 2020 at 10:30AM

3M (MMM -1.60%) had responded to scrutiny by the U.S. government by significantly ramping up production of N95 respirators needed for protection during the ongoing COVID-19 pandemic. The company also previously said it would make efforts to combat fraud and price gouging.

3M now says it has filed a lawsuit in California alleging that a third-party Amazon (AMZN -1.57%) seller "defrauded its customers by charging grossly inflated prices for fake, defective, and damaged respirator products." The company says Mao Yu and his affiliated companies falsely advertised under the 3M brand and charged up to 20 times 3M's list prices for the fraudulent respirators. 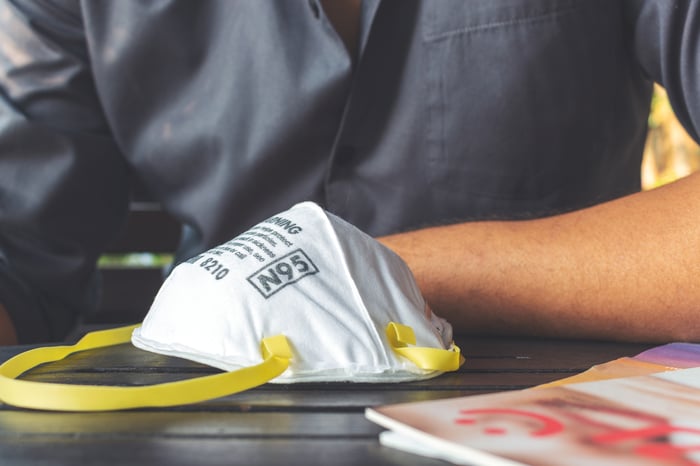 According to the complaint, the defendants charged unsuspecting Amazon customers more than $350,000 when they responded to false product listings that said they were reselling authentic N95 respirators. In actuality, the products were damaged and were being sold at highly inflated prices, the lawsuit alleges. The complaint seeks an injunction for the parties to cease their illegal activities as well as monetary damages that 3M says it will donate to COVID-19-related nonprofit groups.

As the COVID-19 pandemic spread, 3M ramped up its N95 respirator production, doubling its global output rate to 1.1 billion per year, with plans to reach a rate 2 billion within 12 months. The Trump administration had criticized the company for selling some of its domestically produced personal protective equipment products outside the United States, invoking the Defense Production Act (DPA) to prevent the exports. The parties reached an agreement in April, however, to both increase supply domestically and still allow sales to Canada and Latin America.