Boeing (BA -3.39%) reported more net order cancellations in May, though the need for cargo jets helped soften the blow. The May order report brings total cancellations to over 600 for the year, according to a Wall Street Journal report. The company restarted production for the troubled 737 MAX plane in late May, though the aircraft is still grounded.

Another 14 of the MAX plane orders were canceled in May, along with four wide-body aircraft, according to the Journal article. This compares to 108 MAX orders that were lost in April, according to the report. Boeing did not deliver any passenger jets in May, though it delivered two 777 cargo jets, one 767 freighter and a military version of the 737, making a total of 60 aircraft delivered so far in 2020. 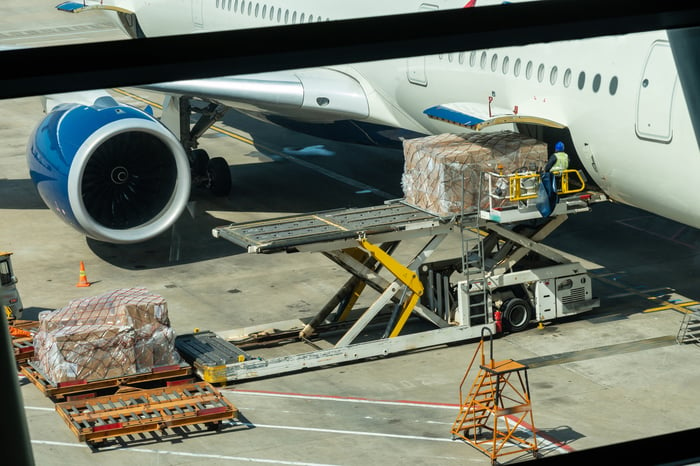 A bright spot for Boeing in May was demand for cargo jets, an area that separates the company from its rival Airbus (OTC: EADSY). The depth of Boeing's lineup, which includes three different kinds of cargo jets, and converting passenger jets to cargo use, is an advantage over its European rival. Airbus is just now increasing its offerings to include express freight carriers.

The demand for cargo capacity has increased during the COVID-19 pandemic. In addition to the need to transport medical supplies and personal protective equipment, cargo capacity for some items has been cut in half with so many passenger planes parked due to lack of consumer travel demand. Passenger flights typically also carry high-value goods including electronics and fresh produce.

With these aircraft out of service, airlines have been bringing cargo jets out of storage, and configuring passenger planes to carry cargo in the main cabin, according to the report.