Please ensure Javascript is enabled for purposes of website accessibility
Log In Help Join The Motley Fool
Free Article Join Over 1 Million Premium Members And Get More In-Depth Stock Guidance and Research
By Maurie Backman – Jun 9, 2020 at 9:01AM

With so many people earning more money on unemployment than they did at their jobs, Americans may need an extra incentive to return to the workforce.

Between mid-March and May, millions of Americans were forced out of work by COVID-19. But now that the country is largely reopening and jobs are getting added, it begs the question: Will unemployed Americans actually want to go back to their employers?

Ever since the CARES Act was passed, unemployed workers have been eligible for a $600 weekly boost in unemployment on top of their regular benefit. As such, some people have actually been earning more money on unemployment than they did at their previous jobs. And while that $600 weekly boost is set to expire at the end of July, lawmakers are pushing to extend it all the way into January of 2021. In fact, retaining that weekly unemployment boost is one of the most notable provisions of the HEROES Act, which also calls for a follow-up round of stimulus payments. 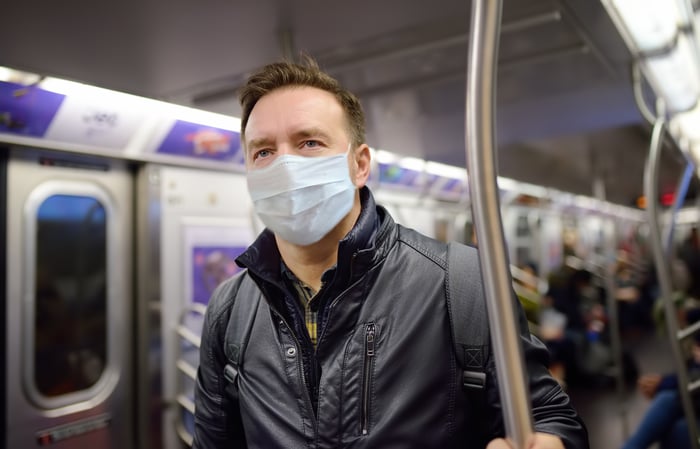 It's for this reason that a new bill was recently introduced to entice workers to return to their jobs and get off unemployment benefits. The Reopening America by Supporting Workers and Businesses Act of 2020 calls for a $1,200 reemployment bonus, so to speak. Workers who return to a job will be entitled to a one-time payment of $1,200, or two weekly payments of $600. But is that really such a good deal?

Is a one-time boost worth the struggle and risk?

While it's true that some Americans may be eager to stay on unemployment benefits right now because they've seen an increase in income as a result, that's not the only reason workers may be hesitant to get back to their jobs. Returning to work is, for some people, a risky prospect from a COVID-19 perspective, particularly those who are customer-facing or work in environments that don't lend to social distancing.

Then there's child care to think about. Many camp programs are closed for the summer, and for those who don't have where to put their kids in July and August, returning to work is an impossible ask. Furthermore, it's too soon to tell whether schools will reopen fully in September, and if they don't, these same child care issues could extend well into the latter part of the year. As such, it's understandable that some workers would rather collect unemployment benefits than grapple with the risks and challenges of going back to a job.

Of course, many people rely on their employers to provide health insurance, so that alone may be a motivator to get back into the workforce. But if the aforementioned problems remain unaddressed, a $1,200 payment alone won't be enough to overcome them.

Still, having too many people out of work as the economy reopens is bad for businesses, and is apt to slow our collective recovery. As such, lawmakers may need to get together to come up with a proposal that makes it more feasible and enticing for workers to return to their jobs -- and do a lot better than a single $1,200 payment.