Please ensure Javascript is enabled for purposes of website accessibility
Log In Help Join The Motley Fool
Free Article Join Over 1 Million Premium Members And Get More In-Depth Stock Guidance and Research
By Zhiyuan Sun – Jun 9, 2020 at 9:55AM

Mid-cap biotech Sage Therapeutics (SAGE 1.10%) has been a lackluster performer lately. Shares have declined by nearly 80% over the past 12 months. Meanwhile, the S&P 500 is up over 12% in the same period.

Will the company be able to recover from its setbacks and deliver promising pipeline results for shareholders? Let's find out. 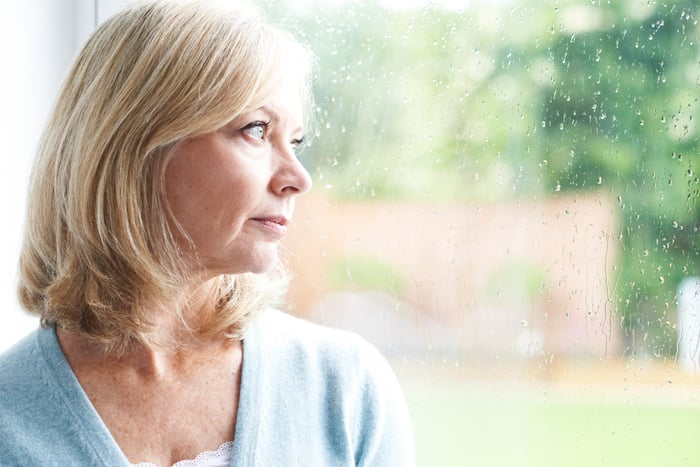 Sage-217 (Zuranolone), once the company's most promising candidate, has fallen on hard times. Sage-217 failed a pivotal clinical trial for targeting major depressive disorder last year. Patients who took the drug saw a 12.6 point reduction on a scale measuring the severity of depression symptoms, compared to a 11.2 point reduction who took placebo. The difference was not statistically significant.

Yet strikingly, the company has decided to double down on this drug and is initiating new clinical trials this year to study its effects in postpartum depression and regular depression (again). The company believes, based on post-hoc analyses, that the failure of Sage-217 in this clinical trial was due to patient non-compliance with the treatment protocol and insufficient severity of symptoms. It's unlikely these trials will succeed, given the likelihood the company has succumbed to the "post-hoc fallacy" that states "because one event follows another event does not mean that the first event caused the second" and that Zuranolone failed to achieve efficacy in a previous study. Meanwhile, the company has other pipeline candidates.

Sage-324 is about to enter phase 2 clinical trials for targeting essential tremor (a motor movement disorder), estimated to affect 6 million people in the U.S. In open-label (where patients' treatment bias is not eliminated) phase 3 studies, the drug demonstrated unverified promise of efficacy when given to patients, but has not yet had its efficacy and safety proven in placebo-controlled clinical trials. Another candidate, Sage-718, is also entering phase 2 clinical trials for targeting various cognitive disorders. The drug has demonstrated positive preliminary efficacy and safety profiles in phase 1 studies.

Unfortunately, most of Sage's clinical investigations have either encountered setbacks or are in early-stage clinical trials. This places a lot of burden on Sage's only commercialized product, Zulresso, to justify the value of its stock. It is the first drug approved by the Food and Drug Administration to treat postpartum depression, which affects up to one in seven mothers. Although any innovation should be welcome for an unmet medical need, the drug does have a few problems that restrict its potential.

First and foremost, it's complicated to administer, requiring patients to stay at a clinic for up to 2 1/2 days for it to be intravenously infused. Second, it can cost up to $34,000 without insurance, which is prohibitively expensive.

And as hospitals and clinics prioritize their time and resources to treat the high volume of COVID-19 patients, mothers who need access to Zulresso may not be able to get it. Overall, the drug's launch has not been very successful. In roughly five months of commercialization last year (it was approved in late July), Zulresso only generated $3.9 million in revenue.

In the first three months of 2020, Zulresso generated $2.2 million in revenue. The COVID-19 pandemic struck the U.S. in March, and it is likely that the effects of patients not being able to promptly access the drug would start to show up in this quarter.

Although Sage has $872.3 million in cash and investments on its balance sheet, it is burning that capital at an astonishing speed: over $500 million annually. That is quite a lot for a company with a market cap of $1.81 billion. Overall, the developments in its neurology and neuropsychiatry pipelines are too early to offset the decline in its core depression pipeline. Hence, investors interested in the biotech field may wish to look at other opportunities instead.