The company is holding up better than expected in the face of the coronavirus pandemic.

Recreational vehicle (RV) maker Thor Industries (THO -0.03%) got off to a roaring start this week. On Monday, the company reported its latest quarterly figures that topped analyst estimates, despite recording notable declines in key line items.

Both headline numbers were better than analysts had been expecting. Collectively, their estimate was for $1.67 billion on the top line, and only $0.29 per share for net profit. 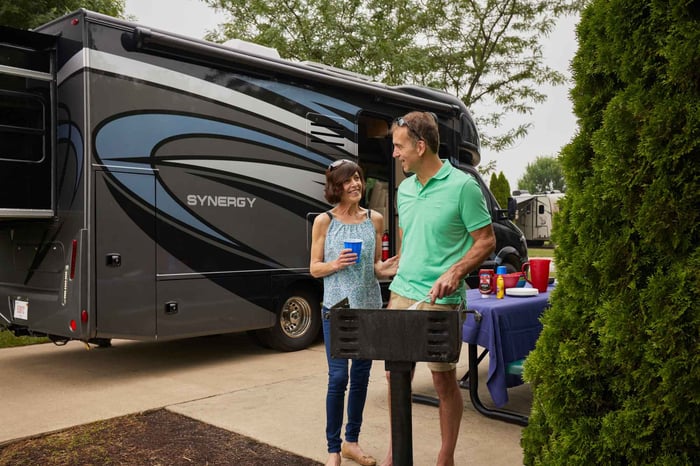 Like many companies, particularly in the industrial sector, Thor was negatively affected by the economic slowdown caused by the SARS-CoV-2 coronavirus -- after all, "stay in place" measures meant that few people traveled, while a squeeze on jobs and income made many think twice about buying expensive items.

Thor reacted by temporarily suspending activities in all of its U.S. factories and some of its European ones, furloughing or laying off employees, and other defensive measures.

The company did not proffer any specific guidance for future periods. It did quote its CEO Bob Martin as saying:

Today, market indicators in North America are increasingly positive. Every North American dealer I have spoken to in the last few weeks has been very excited about the pace at which sales are picking up. Many of our dealers are reporting a significant improvement in sales from April to May and are excited about the sales potential for June and beyond.

Following an 11% rise on Monday on the back of the earnings report, Thor's shares retreated by nearly 0.4%. That performance was better than the slump of the wider stock market on the day.