The rebound has management feeling confident that the global business will recover from a huge global sales decline in the first quarter.

Global revenue dove 45% in the fiscal first quarter, which ran from Feb. 1 through April 30 and was heavily impacted by the virus pandemic. Sales first declined as much as 85% in China where social distancing moves originated, before the demand slump spread to key markets like Japan, Europe, and North America. The luxury jewelry giant reported a $90 million operating loss for the period compared to a profit of $152 million a year ago. 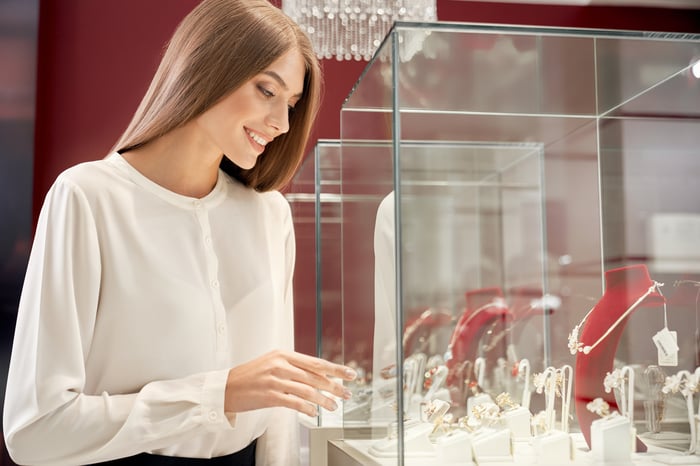 Management sounded an optimistic tone about the potential for a quick rebound, though, by describing how the Chinese market has responded to the end of aggressive stay-at-home orders. Sales declines lessened to 15% in March after February's 85% dive. Volumes then improved to a 30% increase in April and jumped 90% in May.

"The strategic decisions we took to focus our China domestic business, global e-commerce, and new product innovation are paying off," CEO Alessandro Bogliolo said in a press release, "even against the backdrop of a global pandemic."

Tiffany says its latest gold and diamond collection launch is off to a strong start despite lingering store closures in many markets. The chain is also optimistic that the merger with LVMH will close relatively soon as it continues to clear regulatory hurdles.