Please ensure Javascript is enabled for purposes of website accessibility
Log In Help Join The Motley Fool
Free Article Join Over 1 Million Premium Members And Get More In-Depth Stock Guidance and Research
By Pearl Wang – Jun 9, 2020 at 6:45AM

The retail giant's entry into the consignment market could boost its customer base and online business.

Walmart (WMT -0.44%) recently announced a partnership with retailer thredUP, which describes itself as the world's largest online thrift store, to offer secondhand clothing and accessories to Walmart's shoppers through the Walmart.com website. This fits Walmart's strategy of beefing up its e-commerce presence to better compete with Amazon.com, Target, and others. A few years ago, it purchased online retailer Jet.com to gain more traction in the space. Now, this new deal allows Walmart.com customers to choose from among thousands of items from thredUP.

With the deal, Walmart is expanding its e-commerce presence while appealing to a younger customer base, potentially attracting a whole new group of shoppers who don't typically frequent the big-box retailer's website. 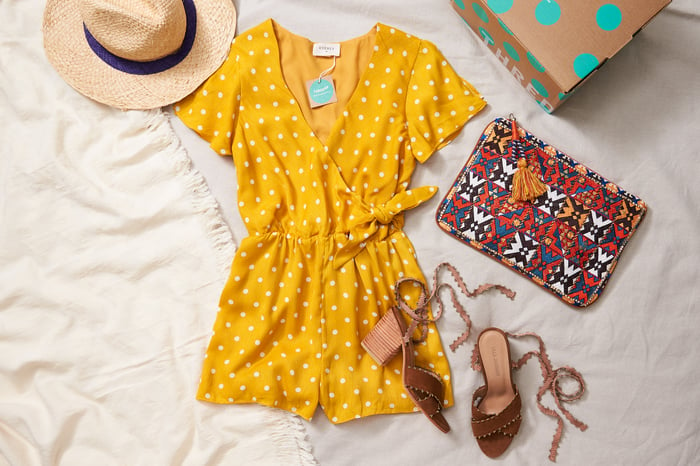 A selection of ThreadUP apparel available for purchase on the Walmart.com website. Image source: Walmart.

How the deal should help Walmart

Walmart places a lot of importance on its e-commerce strategy. Denise Incandela, head of Walmart's e-commerce fashion group, said that "expanding our assortment has been the key strategy" for its online fashion business. With a more appealing, expanded offering of merchandise and a greater selection of brands, Walmart could gain more online traffic and become more of a destination for fashion. As a result of the deal, customers can access almost 750,000 items of women's and children's clothing, accessories, handbags, and shoes. Shoppers have the option of returning them online or at Walmart stores.

Not only could this partnership drive traffic and strengthen Walmart's e-commerce business, but it could also help drive some revenue growth by bringing additional traffic to Walmart.com and expanding its customer base. Walmart's e-commerce business has been outperforming, with revenue up 74% in the latest first-quarter earnings report versus its projection of 30% prior to the pandemic. While Walmart's annual revenue (and even just its e-commerce revenue) dwarfs thredUP's annual revenue, thredUP has a fast-growing customer base that could potentially become Walmart shoppers. Based on data from analytics company SimilarWeb, there were 578,000 downloads of thredUP's app from January to July 2019, a 71% increase from the same time period in 2018.

The new partnership could help Walmart gain some additional share in clothing and accessories as some competitors' businesses have struggled amid COVID-19. J. Crew, Neiman Marcus, and J.C. Penney have all filed for Chapter 11 bankruptcy protection in 2020. These retailers have plans to permanently closed hundreds of stores in the near future and could close even more if some leases are not renegotiated and other expenses brought down. The reduced presence of these clothing stores could offer companies like Walmart an opportunity to provide an alternative for their shoppers.

The deal could also attract more millennial and Gen Z shoppers to Walmart. These demographic groups control an impressive amount of spending and are very appealing to consumer discretionary companies. According to thredUP, Gen Z and millennials are "adopting secondhand [shopping] 2.5x faster than other age groups." Gen Zers are now the largest demographic worldwide and have an estimated $140 billion in global spending power. The Gen Zers attracted to Walmart by the secondhand deals might become longer-term Walmart shoppers.

Overall, the deal will potentially bring a nice boost to Walmart's strategy, and help expand its customer base. Walmart may see a slight revenue deceleration as the U.S. transitions out of the "stay at home" economy and more stores reopen, but the company has other tailwinds boosting its online revenue and will likely perform well during a potential recession. As consumers are dealing with uncertainty and high unemployment, they are likely to continue shopping at discounters like Walmart.