Please ensure Javascript is enabled for purposes of website accessibility
Log In Help Join The Motley Fool
Free Article Join Over 1 Million Premium Members And Get More In-Depth Stock Guidance and Research
By Rich Duprey – Updated Jun 10, 2020 at 9:22AM

A trio of companies poised to benefit as the country reopens.

You won't often go wrong betting on the U.S. The spirit of free enterprise allows companies to forge their own avenues of growth, and even with retail having been knocked down hard, we may very well see a V-shaped recovery from the pandemic-induced recession.

The pundits have been wrong on just about everything with this unprecedented crisis, so investors might want to bet on business making a big comeback now that the economy is being allowed to open again. These top U.S. stocks may be the ones to buy in June. 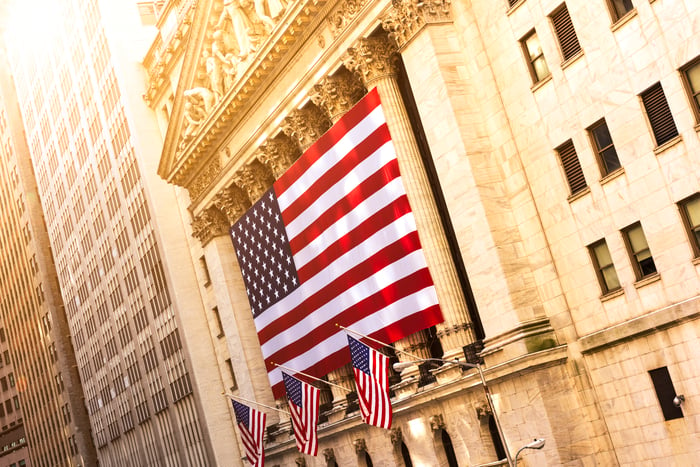 Casinos were among the very first businesses shut down when the coronavirus was declared a pandemic, but Boyd Gaming's (BYD -0.62%) strengths include geographic diversity, one of the strongest sportsbooks in the business, and independence from the travel industry.

Boyd has casinos in Las Vegas, but its downtown and off-Strip locations cater more toward the locals, similar to its other properties in Iowa, Missouri, and seven other states. That means it can still profit while waiting for travel and tourism to rebound. The large-scale spectacles that make Vegas a destination spot are going to be slow to return, but Boyd can keep serving the locals scene in the meantime.

Sports are also getting ready to return, and while the season suspensions were part of the one-two punch that dealt Boyd a sharp blow, its sprawling sportsbook business and partnership with FanDuel are ready to capitalize on the growth of sports betting and online wagering.

I was wrong when I said in March that casino stocks were a bad bet. Boyd Gaming has proved the decline a momentary blip, and its stock has doubled since that call. Yet even at $24 a share it's trading at a fraction of its revenue and goes for just 12 times the free cash flow it produces. The casino operator did suspend its dividend at the start of the pandemic to conserve cash, but as business picks up again, I'd say it's even money the payout will return.

Deep-discount chain Dollar General (DG -0.72%) has been a standout performer during the pandemic and will likely continue to be one after the crisis passes.

The deep discounter's core customer tends to be very price sensitive, which bodes well for the retailer in good times, but more so during periods of uncertainty or even recession. Despite the calamity that was going on all around us, Dollar General still opened 250 new stores, enabling the value and convenience it delivers to reach even more consumers.

Now having found Dollar General and its brand of discounted goods, consumers will come back for more. During the financial market's collapse over a decade ago, shoppers went down market out of necessity and then realized they liked the savings they received and continued shopping. That will likely happen again with a new breed of consumer driven to the deep discounter for the savings, but staying for the selection and value received.

Despite its stock rising nearly 50% from its March low, Dollar General still trades at a very reasonable 21 times estimates. It is the dollar store leader and still represents a good investment opportunity.

Having a focus on basics gives Hanesbrands (HBI -3.91%) a competitive edge now that retail is being allowed to open again. Hanes is the top-selling apparel brand in the U.S., and its assortment of underwear, socks, T-shirts, and hosiery is found in 90% of American households.

Yet it also owns the Champion brand of athletic wear and numerous well-known consumer brands including Bali, L'eggs, Maidenform, Playtex, and Wonderbra that are sold at retail establishments, many of which are now reopening after having to close during the pandemic.

While it does have an extensive direct-to-consumer channel that includes its own stores and e-commerce site, 76% of its revenue comes from third-party retailers, particularly mass merchandisers, which account for nearly a quarter of the total. Walmart is its largest customer, representing 14% of sales.

Its stock is already recovering from the tumble it took at the start of the pandemic and is 85% above that low point, though it's still down 13% for the year. Hanesbrands did not suspend or cut its dividend, as many other companies did to conserve cash, and last month it declared its 29th consecutive quarterly payout. The dividend yields 4.6%, making Hanesbrands an attractive stock all around.