The companies are shifting their joint efforts from DNL747 to DNL788, which has stronger preclinical data.

On Tuesday, Sanofi (SNY 2.37%) and Denali Therapeutics (DNLI 3.77%) announced they were halting clinical trials for one of Denali's drugs, DNL747. While the drug candidate proved to be safe at the dosage tested in the phase 1 trial, the results suggested that the molecule might not help people with Alzheimer's or ALS (Lou Gehrig's disease) unless the dosage was increased. And such an increase might cause safety issues in humans.

Instead, the two companies are going forward with the "back-up compound," DNL788, as that molecule had superior results in animal testing. "[W]e have decided to pause clinical studies with DNL747 and focus our efforts on accelerating development of DNL788, which we believe has superior drug properties and a more rapid path toward proof-of-concept clinical studies in patients in multiple neurological indications," said Denali CEO Ryan Watts. 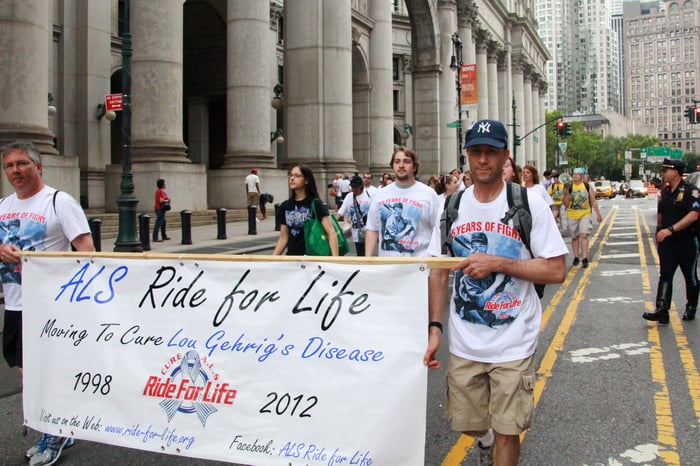 Back in 2018, Sanofi and Denali inked a collaboration deal; the European pharmaceutical giant paid $125 million to Denali for partial rights in a pair of RIPK1 inhibitors, DNL747 and DNL758. These two molecules inhibit the receptor-interacting protein kinase-1, which is thought to play a role in many diseases, including Alzheimer's, ALS, and multiple sclerosis. (DNL758 is being tested in peripheral inflammatory disease and rheumatoid arthritis).

While the halting of the DNL747 lead molecule is disappointing, the market's reaction so far has been rather muted. In early trading on Wednesday, Denali's stock is up slightly. Presumably, this is because the two companies still have a strong candidate molecule, DNL788, and their collaboration remains intact.

Indeed, sometimes substitutes are amazing. Maybe one day we'll refer to DNL788 as "Lou Gehrig" and the halted candidate DNL747 will be "Wally Pipp."