Grubhub is nearing a deal to be acquired by Just Eat Takeaway, the European meal delivery service, after talks with Uber (UBER 0.30%) fizzled out over antitrust concerns.

Netherlands-based Just Eat Takeway.com confirmed in a press release that it's in advanced talks with Grubhub about an all-stock combination. The company went on to say a that further announcement will be "made when appropriate."

Earlier Wednesday, CNBC reported that Uber was ready to walk away from Grubhub over regulatory concerns. Grubhub reportedly wanted Uber to pay a break-up fee if the deal was blocked. 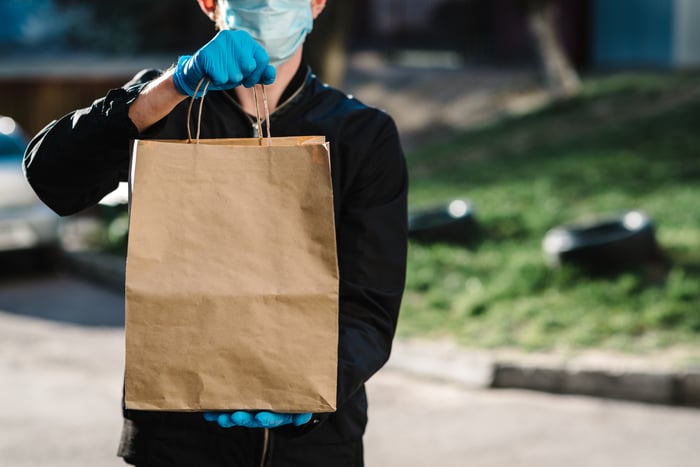 Ever since news of a potential deal between Uber and Grubhub broke, lawmakers have raised concerns, arguing that the combination would create a delivery company that would stifle competition. Several lawmakers, led by Senator Amy Klobuchar of Minnesota, sent a letter to antitrust officials in the U.S. calling for an inquiry. "A merger of Uber Eats and Grubhub would combine two of the three largest food delivery application providers and raise serious competition issues in many markets around the country," wrote the lawmakers which also included Democratic Senators Patrick Leahy, Richard Blumenthal, and Cory Booker.

The Wall Street Journal reports that Uber's board has scheduled a meeting for later Wednesday where they will officially pull out of talks with Grubhub.

With demand for delivery surging amid the pandemic, Uber saw an opportunity to expand further into that market as its core rides business suffered steep declines. The talks between Uber and Grubhub had been ongoing for about a year but picked up in intensity during the pandemic.