The bulls are back in charge, at least for now.

Shares of Genius Brands International (GNUS 0.88%) rebounded on Wednesday, partially reversing a sharp downward move in recent days. By the close of trading, Genius Brands' stock was up more than 13% after soaring as much as 46% earlier in the day.

Genius Brands is a highly volatile stock, with numerous factors affecting its share price movements. Investors could be buying the stock ahead of the upcoming launch of the kids' entertainment company's new Kartoon Channel! The free, ad-supported digital network is slated to go live on June 15. CEO Andy Heyward says the service will be available to more than 100 million U.S. households and 200 million mobile devices.

Moreover, Genius Brands is a popular stock on trading platform Robinhood. Over the past day, only Tesla saw a bigger increase in popularity among Robinhood users, according to Robintrack. 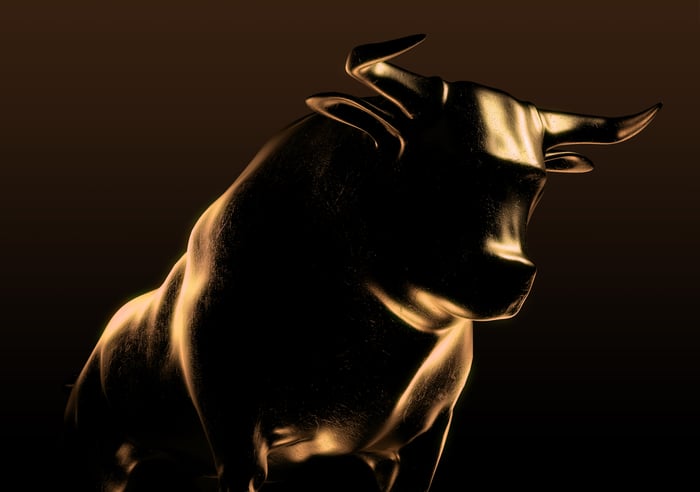 Rumors are also circulating on Twitter and other social media platforms that Genius Brands could be a takeover target for the likes of Disney or Netflix. However, this is just conjecture on the part of traders at this point, and speculators could be spreading these unsubstantiated rumors in an attempt to drive the price of Genius Brands' stock higher.

As the bulls try to drive Genius Brands' shares ever higher, the number of people betting against the stock continues to grow. More than 30% of the shares traded are now sold short, according to Fintel. Short sellers such as Hindenburg Research are calling for the stock to fall sharply, due in part to valuation concerns, insider selling, and Genus Brands' current lack of profitability.

With so many people betting on and against its stock, Genius Brands' investors can expect more violent price swings both to the upside and downside in the coming days.