Please ensure Javascript is enabled for purposes of website accessibility
Log In Help Join The Motley Fool
Free Article Join Over 1 Million Premium Members And Get More In-Depth Stock Guidance and Research
By Howard Smith – Jun 11, 2020 at 9:15AM

The airline is working with lenders on amending terms to avoid what technically would be a default.

Delta Air Lines (DAL -3.45%), in an SEC filing yesterday, said it will seek amendments with lenders on credit facility terms that the company said it may not be successful in meeting by early next year. A breach of these covenants would technically be a default on the loans.

The airline has enough liquidity after raising more than $10 billion since early March via various credit facilities. It said it expects to have more than $14 billion as of June 30, 2020 in cash, cash equivalents, short term investments and borrowing capacity. It aims to end the year with $10 billion, as it continues to burn cash as demand remains sharply below year ago levels. 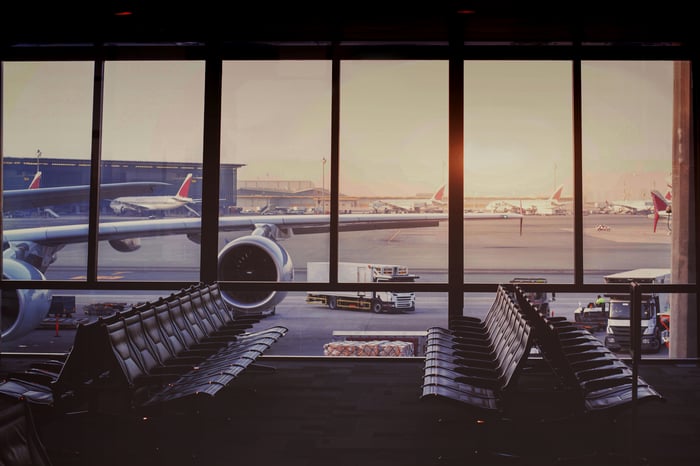 In the filing, the company said, compared to last year, it expects to see revenue down 90% in the second quarter ending June 30, 2020, and systemwide capacity down 85%.

Delta said its loan agreements have requirements of a minimum asset coverage ratio and a minimum fixed charge coverage ratio. It expects to end the current quarter with $6 billion to $7 billion in unencumbered assets for collateral as of June 30, but expects it "will not be able to satisfy the current minimum fixed charge coverage ratio by early next year." The airline said it currently expects to avoid defaulting on its credit agreements by obtaining amendments prior to a breach.